How Meena Keshwar Kamal died while fighting for women’s rights?

The story of revolutionary Meena Keshwar Kamal is no less than an interesting story. She is remembered to this day as an Afghan feminist, revolutionary and political activist. She also gave the form of poetry to her revolutionary thinking. She was born in the year 1956 but in the midst of many social activities and mass movements. From a young age, she had an inclination towards social reform work. She left her higher education halfway so that she could contribute whole-heartedly to social service. 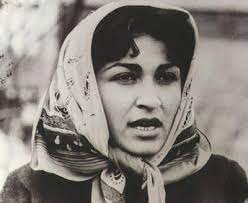 How did she give hope to women in Afghanistan?

She was only 20 when, in 1977, she launched RAWA, Afghanistan’s first organized movement for women’s rights. Through this institute, women got the right to come forward and express their views. The importance of equality and education of every woman was given in RAWA. Even after the solar revolution, Meena felt that there was no shortage in the exploitation of women, only then in the year 1979 she launched a movement against the government and the Russian army. She organized many dharnas and meetings in schools, colleges, and Kabul University. In 1981, she brought out a bilingual magazine – Payam-e-Zan (Women’s Message) which continued to attack the crimes of radical organizations. He gave refuge to refugee children and mothers by setting up several ‘Watan Schools’. These schools also provided opportunities for hospital services, skill development, and financial assistance to needy children and women.

How is she a champion of women’s rights?

In 1981, at the invitation of the French government, she went to France to discuss the Afghan Resistance Movement at the French Socialist Party Congress. The Soviet delegation, led by Boris Ponomarev (politician of the Russian Communist Party) present there, left the hall in embarrassment, and Meena happily greeted the crowd with her hand holding a Victory sign to applause from the audience. History will always be grateful to passionate and brave women like Meena. Her institution RAWA is still in practice and her 12 years of sacrifice dedicated to this institution is remembered even today. She firmly believed that women would not get their democratic rights in spite of illiteracy, lack of information, radical ideology, and corruption.

How she fought patriarchal norms and fought for women’s rights in Afghanistan?

In February 1987, Meena Keshwar Kamal was assassinated in Pakistan. In 2002, two men were sentenced to death for her assasination. She used to say that, ‘Afghani women are like sleeping lions who, when awakened, can play a wonderful role in a social revolution.’ In 2006, Time magazine included Meena in its list of 60 Asian Heroes and wrote, ‘Although she was only 30 when she was murdered, Meena had already sown in the seeds of the Afghan women’s rights movement.’ Meena gave 12 years of her short but brilliant life to struggle for her homeland and her people. She spoke about the history of Afghan women’s struggle for social recognition and equal rights in connection to the history of the country’s physical and cultural devastation (by different invasions and wars).

The women of Afghanistan are not just oppressed, abused, and broken, but powerful, brave, and active. Like Meena was. She will always be remembered as an inspirational figure.