community will no more accept any kind of atrocity by the upper castes. 23-year-old Yogesh Sarikhada, Dalit youth, who had consumed pesticide to further protest the flogging of four Dalits youths by the cow vigilante group in Saurashtra, who later died in hospital.

The rally was organized by the Dalit community and also several other Dalit groups and activists, community leaders, who slammed the State government and also the Dalit political leaders from the BJP and Congress who had failed to protect their community. 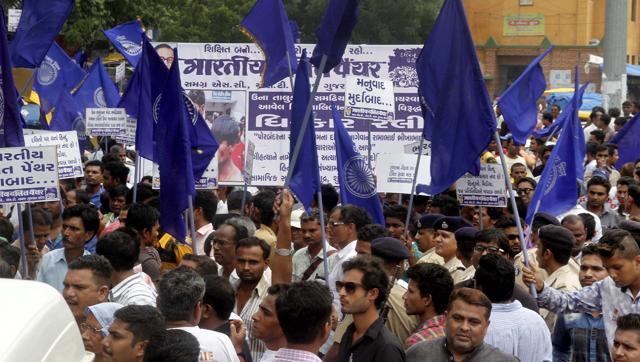 Moreover, the community leaders have also announced a padayatra from Ahmedabad to Mota Samadhiyala starting from August 5.

They have also warned the State government to make sure their protection or face their ire in the assembly polls next.

Other demands has also been voiced by the Dalits and more interestingly supported by the minority community, which is also a victim of harassment from self styled cow vigilante groups which include stringent action against those who had been arrested for the Una attack, withdrawal of cases lodged against the Dalit members for protesting the incident and also weapons license or a martial training to the Dalits for their self protection.

Have a news story, an interesting write-up or simply a suggestion? Write to us at
info@oneworldnews.in
Tags
Dalits featuredhomeews Nation Protest

The Hidden Gem of Delhi