Abraham Maslow, a psychologist created what has become known as ‘Maslow’s Hierarchy of Needs’, a pyramid with layers, explaining mankind’s evolution towards self realisation, as different facets of the physical life like family, food, shelter, education, career, etc. are taken care of, giving one the luxury then, of getting into the realm of self -actualization.

Why I bring up Maslow is that all of us as humans always aspire to improve our individual and/or collective lots towards a free and happier existence.

To this end religion came about – not only to explain unknown phenomena like lightning, rains, floods, disease, pestilence, etc., but to act as a control mechanism for society, and in a lot of cases, to instil healthy habits like bathing, hygiene, clean food (e.g.: not eating pork for Jews and Muslims), or not eating beef (for Hindus cows were considered sacred, as they gave milk for sustenance, and their male offspring helped to plough fields and help move from one place to another) etc., and to instil a literal fear of GOD for enforcing this.

In a lot of religions, of course, this enforcement of rules, or in other words enforcement of conformity also resulted in punishment ranging from simple beating to even death in non-compliers.

Examples include pogroms against Jews (stemming from jealousy, but given a religious twist – usury), the Infamous Inquisition of the middle ages, the Witch Hunts (against clever women), or the Jihad of Muslims (meant for an internal struggle to combat one’s own failings, but converted to ironically fight against people who didn’t conform to Quranic ways of prayer and living, thus breaking a number of tenets in the Holy Quran itself).

Our lives over millennia have thus evolved, or devolved according to the reigning beliefs of the time, thus, it was that first Rome opposed Christianity, and was busy killing Christians, till they decided to adopt Christianity as their State Religion, and codified it in the Creed of Nicaea and other such conclaves, giving it nice Roman touches from the previous Roman faith, and thus shifting the center from Jerusalem to Rome, changing the date of Jesus’s birthday to 25 December, subverting the role of women, removing reincarnation from the books, etc., and creating a strong control mechanism, with the newly ‘created’ Bible as the final word on existence.

So, now, people following the ‘old’ (read original form of Christianity) were systematically hunted down and either killed, or they converted to the new form of veneration, which became known as the Catholic Faith.

Similarly, in the Middle East, numerous tribes, each with their own form of worship existed, and more often than not, these tribes were at constant war with each other for real or imagined slights.

Prophet Mohammed acted as a catalyst, codifying worship, and tribes slowly adhered to what became the faith of Islam, either willingly, or were defeated into submission and acceptance.  Thus, here too, religion served as a political tool, which codified rules for living to minimize strife among the adherents.

Of course, that is another story altogether, which caused schisms within Islam, and numerous sects and sub-sects were created, again resulting in strife within these groups, and re-surfacing of old tribal hatreds and other issues over time, which has been partially responsible for the present-day mess in the Islamic World.

The Indian sub-continent already had numerous sects and styles of worship, without any codification, and thus we had and have nature worshippers, deity worshippers, atheists, and a mélange of these living quite harmoniously (and sometimes inharmoniously) with each other.

This is because the core philosophy of the region (what has been labelled ‘Hinduism’ by western intellectuals is that the path one chooses to ascend or connect with the divine is their true path).

Due to this reason, this is the only land where Jews were not persecuted and established a base here more than two millennia back, as was the Christian Church established here within a few years of Jesus’s crucifixion (of course, St. Thomas, one of the twelve apostles who brought Christianity here was sacrificed, and according to legend, was accompanied by Jesus, who then went to Kashmir, where his tomb – Roza Bal is still venerated).  Still despite the maturity in having the freedom to worship or not to worship, a form of control was brought about by way of the Caste system, which persecuted the supposed lower castes with ostracism, and relegation to the dirtiest jobs, and still does in some cases, though outlawed after Independence in 1947.

This interference from the Indian Clergy – the Brahmins – who again conveniently decided to be the purveyors and arbiters of all knowledge, hereditarily, became the arm of those in power (the Kshatriyas) and those in commerce (the Vaishyas – not to be mistaken with ladies involved in the World’s oldest profession), and used it to control those at the bottom of the totem pole.

This control over worship then led to the creation of Jainism and Buddhism in the subcontinent, and much later, Sikhism as a way of reducing the barriers between ordinary mortals and God.

The point is Religion has always played a key role in control of societies, and also our perception of our fellow humans as good, bad and ugly.

Thus, instead of being the bridge between humans in that since we all believe that there is a supreme power (even in Hindus there is a concept of ‘Shri Guru’ – or God of Gods, and also that idol worship connects one with the Supreme Creator, as Creator, generally accepted by all religions as infinite, is beyond a human mind to comprehend), Religions become the biggest divider, with people killing each other to enforce adherence to their own belief system.

Of course in all this, Politics always goes hand in glove with strife, with Politics usually pulling the strings, and zealots rabidly going tooth and nail at each other and innocent people at large, who are sacrificed at the altar of Politico-Religious Hubris.

So, coming back to ‘Maslow’s Hierarchy of needs, what is more, important for humanity – subjugating others to our beliefs, and thus leaving our own progeny filled with hate, fear and such like, leading to miserable lives, or keeping our beliefs of actualization (read religion or non -religion) to ourselves, and focusing on making a better and happier world not only for ourselves but our children and their future generations.  So, the question that arises is ‘To Be’ (conforming to thoughts of hate), or ‘Not to Be’ (changing the way we think and act like humans, irrespective of our ethnicities, our religious or non-religious beliefs, etc. – as citizens of a common Earth). 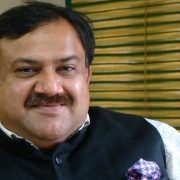