Men have been in the Indian Army and serve the nation and their wives sacrifice their lives and serve their husband’s homes. It takes a lot of courage to stand in the line of fire every day, not knowing which one will be your last. But what’s even harder is to see a loved one do that, and not flinch, even when your worst fears come true. There is no doubt about the fact that Army wives have nerves of steel. Men are known to be in the army for years and serve the nation with great valor and bravery. Here are few women who chose to walk in their martyred husbands’ not-so-comfortable shoes and kept their legacies alive.
1. Nikita Kaul Dhoundiyal: 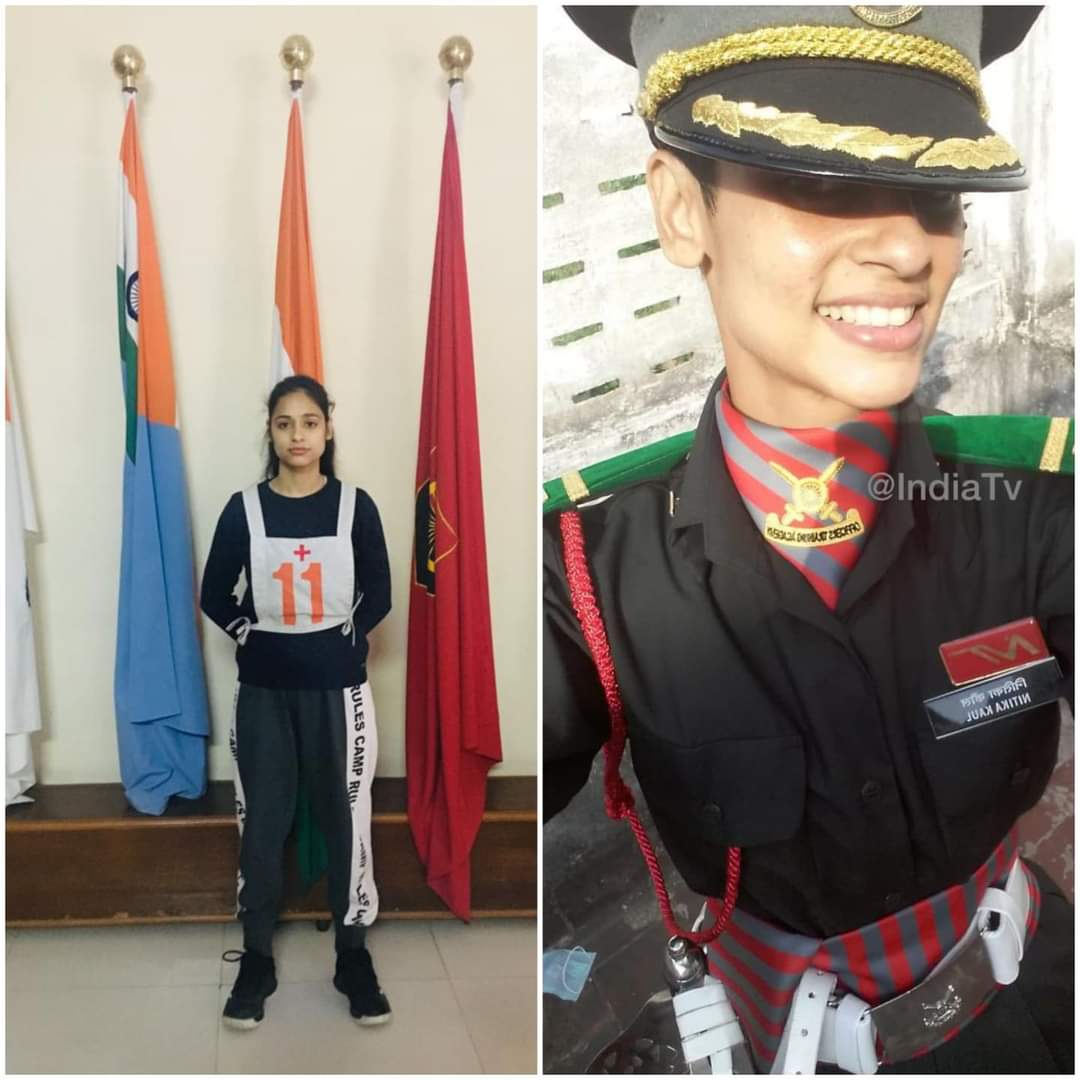 Nikita Kaul, wife of Major Vibhuti Shankar Dhoundiyal, who was martyred in the Pulwama attack in Jammu and Kashmir in the year 2019, has joined the Indian Army on Saturday. Nikita has become a lieutenant in the Indian Army. She paid tribute to Major Vibhuti Shankar wearing the uniform of the Indian Army today. Nikita had been training at the Officers Training Academy, Chennai since last year after clearing the Short Service Commission (SSC) exam and the Services Selection Board (SSB) interview.
2. Garima Abrol: 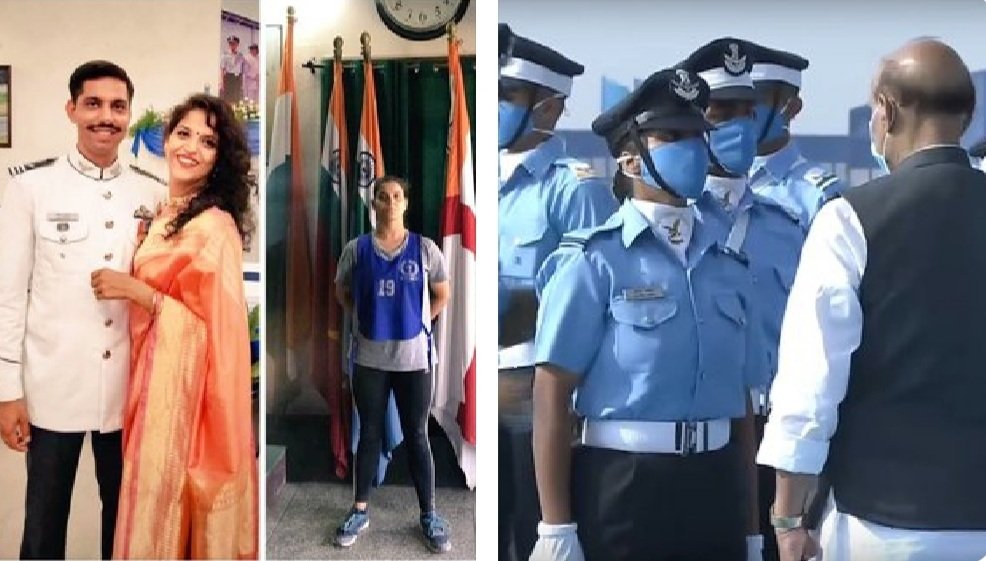 She lost her husband Squadron Leader Samir Abrol in February 2019 when he was flying an upgraded two-seater IAF Mirage 2000 TI aircraft in Bengaluru. She passed the Services Selection Board (SSB) in Varanasi in 2019. She joined the Indian Air Force (IAF) as a Flying Officer in December 2019 after graduating from Air Force Academy.
Read More : How Ayurvedic doctors are helping in the pandemic
3. Shalini Singh: 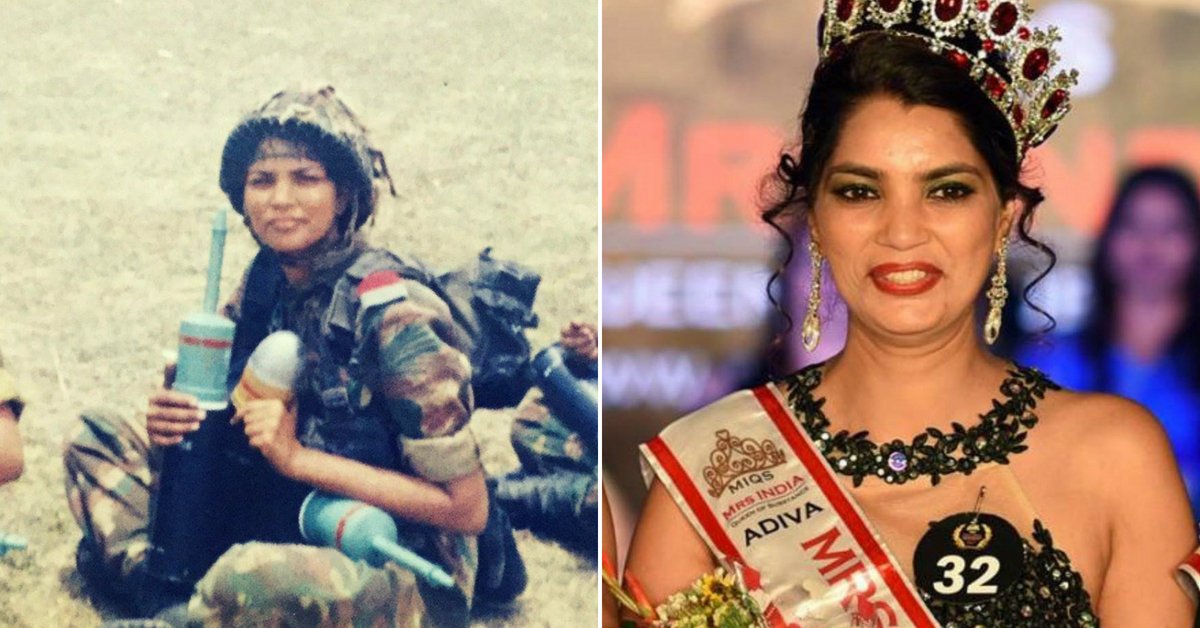 Shalini was 23 years old when her husband Major Avinash Singh Bhadauria was martyred while facing four terrorists in Kashmir. At that time their son Dhruv was only two years old. Husband received Kirti Chakra (posthumously). Shalini Singh took the Service Selection Board (SSB) examination and suddenly, within three months of the martyrdom of Major Avinash, Shalini was selected. It was 7th September 2002. That is, only twenty days were left for the anniversary of Shalini’s husband’s martyrdom and Shalini got a commission in the army. Meanwhile, the husband was awarded the Kirti Chakra (posthumously). Shalini donned the military uniform and received the husband’s respect from President APJ Abdul Kalam.
4. Sangeeta Mall: 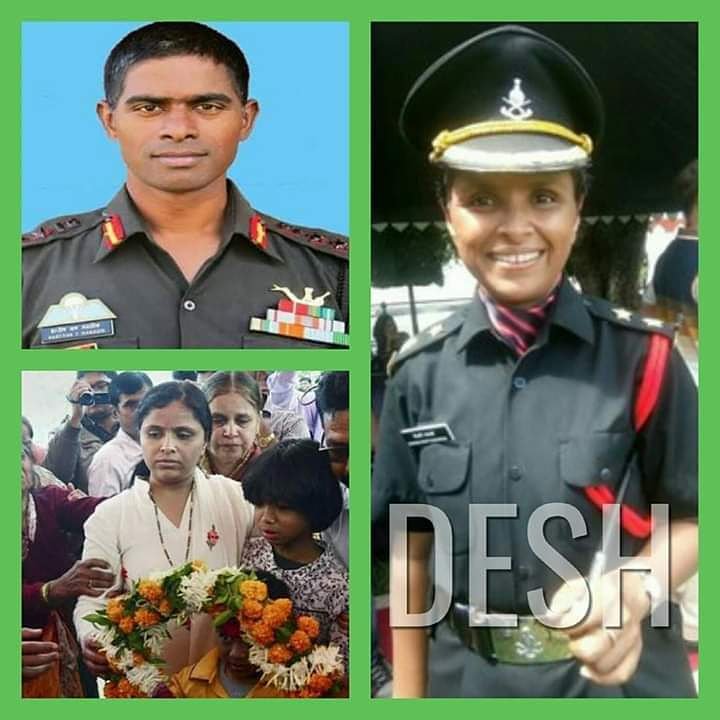 On 2 September 2015, Sangeeta’s husband Rifleman Shishir Mall was martyred while fighting terrorists during Operation Rakshak in Baramulla, Kashmir. 3/9 Gorkha Rifles were posted in the 32 Rashtriya Rifles of the Army. Before being martyred, Shishir had killed one terrorist while injuring another. Sangeeta became motivated to join the army after she attended an investiture ceremony in Ranikhet in 2016 where Shishir was awarded Sena Medal posthumously. After working hard at the academy and passing out, she had been commissioned in the army as a Lieutenant in the short service commission.
5. Swati Mahadik: 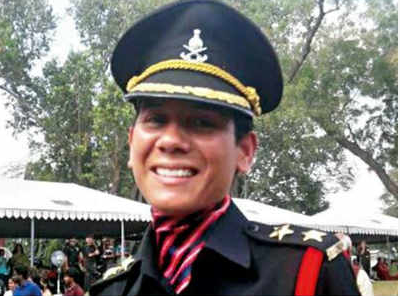 Santosh Mahadik was posted in the Anti Terror Squad in the Special Squad 41 Rashtriya Rifles of the Indian Army. He was martyred while taking on terrorists in Jammu and Kashmir. He was later awarded the Shaurya Chakra. A year after her husband’s death, Swati expressed her desire to join the Indian Army. Age was coming in the way, so she met the then Army Chief General Dalbir Singh. General Singh met the then-Defense Minister Manohar Parrikar. The Defense Minister approved them. What was it then, Swati got involved in the preparations. She sent both his children to boarding school. After this Swati passed the SSB exam. In 2016, she came to the final list of the Service Selection Commission. After this, she was sent to Officers Training Academy, Chennai for training. Swati is an MA from Pune University. Her husband was in the army and she herself used to teach in Kendriya Vidyalaya. After the martyrdom of her husband, Swati left her job and joined the army.
Tags
APJ Abdul Kalam Indian Army Oneworldnews women success story

5 Reasons to watch The Family Man 2