After Rajasthan and UP, Madhya Pradesh also hints at anti-Love Jihad law

MP Home minister Narottam Mishra recently said that “love jihad’ bill will soon be introduced in the state assembly which includes 5 years of imprisonment for ‘violators.’  The Love-Jihad charge is going to be cognizable and non-bailable. The Bill is also expected to have a provision which will make it necessary to notify the district collector a month before formalising an inter-faith marriage.

The Shivraj Singh government of Madhya Pradesh had earlier indicated about enacting legislation against “love jihad”. Shivraj Singh had said that no Jihad will be permitted in the name of love.

Until now, the term ‘love jihad’ was not recognised by any legal system in India. But now, it seems that Love-Jihad would soon be a crime. The term was coined by Sangh Parivar outfits to describe a supposedly Muslim conspiracy to convert Hindu women to Islam by marrying them.

Which states are serious about the “love jihad” law

The BJP governments of Uttar Pradesh and Haryana are also considering legal provisions against “love jihad” despite the fact that Article 21 of the constitution allows a person to marry his/her choice.

UP chief minister Yogi Adityanath, at a recent BJP election rally in Jaunpur, referring to a remark by the Allahabad high court said that conversion “just for the purpose of marriage” was not acceptable and his government is working to bring a strict law to stop incidents of “love jihad”.

Love-Jihad was discussed when a 21-year-old student was shot dead outside her college in Haryana last month. The family of the victim had said that the accused was pressuring the girl to convert into Muslim.

Karnataka CM B.S. Yediyurappa had also said earlier that his government will take measures to stop religious conversions in the name of “love jihad”.

Several protests have been organized on the issue of “love jihad” in the last few months. Hindutva organizations believe that Muslims want to convert India into an Islamic state by marrying Hindu women, hence converting them into Muslims. There were protests against the “love Jihad” after the Ballabhgarh incident in Haryana. What “love jihad” will change?

Currently, there is only one way for Hindu senas to stop a Hindu girl from marrying a Muslim man. They can force a couple by physical intervention to not tie an inter-faith knot. But once, the “love-Jihad” law comes into existence, these Senas will get some legal ground to curb the spread of so-called “love jihad.”

In November 2017 case in Uttarakhand, a Muslim man had converted to Hinduism to marry a Hindu girl. But the father of the girl said that the man continued to practice Islam and the conversion was fake. The girl decided to stay with his father even before the legitimacy of conversion could be checked.

The Uttarakhand High Court Justice Rajiv Sharma had said then that such conversions are a “sham” and the state government should enact a law against it.

The BJP CM Trivendra Singh Rawat, who was an active member of RSS, enacted the Uttarakhand Freedom of Religion Act, 2018 within 6 months. It became the first anti-conversion law which lists “marriage” in the list of fraudulent means of conversion. The law prohibits conversion of religion by misrepresentation, allurement, undue influence, force, coercion, or by any fraudulent means or by marriage. 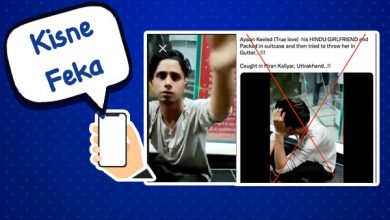 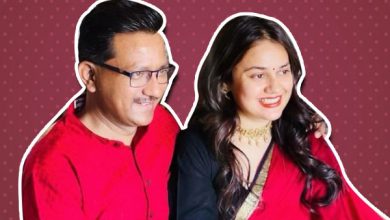 Tina Dabi chose her Happiness and it left many ‘Unhapppy’, Welcome to society that can’t stop judging!