Restrictions might be partially lifted in some areas after 20 April: PM Modi

Prime Minister Narendra Modi recently announced extension of current lockdown till 3rd May to control the spread of coronavirus. Before the announcement, he thanked the citizens of the country for obeying the restriction rules so far and said that country has done very well in compared to other developed countries. Once, the announcement was done, Twitteraties were not late in coming up with memes as India is already in lockdown since 21 days and they will be locked for 19 more days. Here are 10 hilarious memes posted by twitter users after PM Modi extended the lockdown.

– May be Lockdown over hone ki speech ho

All Extroverts till 3rd of May pic.twitter.com/HOvkuCRqTW

All indians at After 3rd May
10 AM Announcement pic.twitter.com/Nm7hkfDJmU

After 3rd May Students Reactions🤣😂 pic.twitter.com/6NwG2McUhi

When Modi ji addresses the nation & end up without giving any Task
Bhakt:#Lockdown2 pic.twitter.com/ORz7OjGpGm

Continues till 3rd May… pic.twitter.com/zxakO20szn

Lockdown 2.0 will come into force from April 15th and will stay till 3rd May. Prime Minister said that the central government is closely monitoring the hotspots across the country and added that those areas where there are no hotspots will get partial relief.

Read more: 9 hard-hitting questions we need to ask ourselves during pandemic

He said that all districts, localities and states will be closely monitored and any decision on easing the restrictions in parts of the country will be taken by April 20, keeping in mind the challenges being faced by the poorest of the population. Places where the virus is contained, some important activities could be allowed with certain conditions.

While addressing PM Modi said that the country has received huge benefits from the 21-days-lockdown in knowing the pandemic and added that India has dealt with the situation better even with limited resources. He also talked about the challenges being faced by the people and country and respectfully vowed to them for their sacrifice.

He also put out a seven-point charter for people to follow, which included social distancing, taking care of the poor and elderly, protecting jobs and preventing the attacks on doctors and other corona fighters including the police and other health workers.

First few things you should do once the lockdown ends, 5 smart and endearing suggestions inside 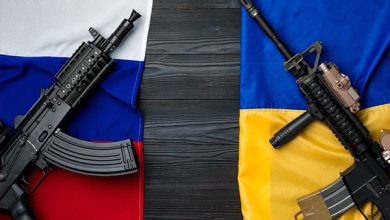