Acceptance/ Being Sensitive in Society

What all changed after the landmark decision?

Stories of Hope and Strength

We have set some unspoken rules for being ‘Normal’ in society. Something which doesn’t fall into that category is considered different or abnormal. The irony is, ‘Nobody actually knows what normal actually means.’ Talking about sexuality, In India, it is not easy to discuss it openly. To be honest, human sexuality is complex, and given that there are so many rules already in place, people feel scared to come out of their closet. June is celebrated as the Pride month all across the world. In that case, we bring you some stories of Hope and Strength. Before that, let us look back into the history of the LGBTQ community in India. How far have we come? Is ‘Acceptance’ still a big deal, especially in India.

Homosexuality – Not a Sin

The shift in the understanding of homosexuality from sin to a normal variant of human sexuality occurred in the late 20th century. The American Psychiatric Association, in 1973, and the World Health Organisation, in 1992, officially accepted its normal variant status. Since then, many countries have decriminalised homosexual behaviour and some have recognised same-sex marriage.

Human sexuality is complex. Notably, the acceptance of the distinction between desire, behaviour and identity acknowledges the multidimensional nature of sexuality. A person could be homosexual, bisexual, heterosexual or transsexual. Heterosexism idealises heterosexuality is considered the norm and stigmatises all form of non-heterosexual behaviour, forms of relationship and community. However, over the years, anti-homosexual attitudes once considered the norm has changed, especially after the landmark decision.

If we talk about homosexuality in India, it is as old as Vedas. According to research by Gay and Lesbian Vaishnava association, it was around 3102 B.C (during the Vedic age) non -normative sexuality (homosexual) were recognised as Tritiya Prakriti or the third one. But acceptance in society always remained an issue.  In India, after the landmark decision of decriminalizing section 377, things have changed. People are coming out to talk about their sexuality. Now, there is awareness, there are talks, and most importantly society has become more accepting. We have come a long way as a society, but there is a lot that has to be changed. One of the most important things that need to be changed is- ‘Fear of Judgement’. Accepting them the way they are, and then giving them equal opportunities is still a big deal in India. Also, this ‘Change’ is limited to metro cities which means the road is difficult for people living in rural areas.

Still, a lot of them face harassment and bullying. To skip all sorts of humiliation and violence they often skip classes or drop out of school altogether. Shockingly, discrimination begins at home and in schools. A family member or a teacher is often involved in bullying. The fact is – They don’t understand the repercussions of their action. Most teachers are not trained or empowered to respond to anti- LGBT bullying. In recent years, court judgments have laid the groundwork for better protections from discrimination based on sexual orientation and gender equality. But a lot more is needed.

Here are some real stories, take a look:

“You know the most important thing that our society needs to learn is to Accept and Be Sensitive. We are an educated society but words like – Chakka, Hijra is so common. Without realising it can impact someone. They look at us like we have committed some misdeed. We are normal human beings and can do things that everyone else can do if we get equal opportunities. Coming from a middle-class conservative family it was really difficult for my family to accept my sexuality. To be honest, they feared society. Log Kya Kahenge. My parents love me but society matters to them. I left my hometown forever, and now, I work for an NGO and live my life on my own terms. One thing that I learnt over the years is – If you accept yourself then others opinion hardly matters. Now, things are changing and that’s definitely a good sign. My colleagues are really cooperative and do not bully me on the basis of sexuality. They treat me with respect and that is needed for the upliftment of the community”, says Aaditya, a 27- year -old Transgender.

Story of Sanjana – Self Love a boon!

Watching the Ellen Show had become a routine at home. I was curious about her lifestyle and searched her up on Wikipedia. I got the best surprise of my life, though I didn’t know it at the time. I finally realized that she was lesbian and married to a woman. This was the first amount of exposure I got about LGBTQ+. I didn’t think of it much at the beginning. I was fascinated and curious about how it worked, I researched a bit. I came across the article about the Indian prince who was gay. Being gay was a crime in India at the time, and I couldn’t help feeling bad, I knew firsthand what discrimination felt like. A year later, I was still noticing women, but it finally registered in my head that this might be something different. I always thought I wanted to be their best friend, but now, there was another possibility for my fascination.

I finally acknowledged that I might be attracted to women. But I thought you could only be one thing, have only one preference. I didn’t know bisexuality existed. Therefore, I shoved all thoughts away and didn’t think about it for another year. I was 16 now. I remember when it all changed, a friend of mine who was more like an elder sister to me, mentioned bisexuality and I got curious. She explained to me the basic idea of it. I went home and researched again. I felt relief upon learning that I could like men and women both. It felt liberating and internally I started to accept who I was. I knew that there was a stigma surrounding this topic and being gay or anything really wasn’t acceptable legally, so I had no choice but to keep it a secret. I got tired when I reached 10th standard. I broke off a 2year old relationship because depression plagued me. In 11th standard, I started opening up about it. Only 3 of my friends knew and they accepted me, didn’t try to change me or hurt me. I got confident and trusted the wrong people; they were mainly friends from school. In 2018, I shifted to Chennai for university, I met people who embraced LGBTQ and made friends with a lot of people from the community. Shifting to Chennai was a positive influence on me. I met different people from the various spectrums, learned a lot about LGBTQ history and attended my first ever pride parade in 2019. There is no other word for that experience. It felt epic. Wholesome. I felt like I belonged. I live in a joint conservative South Indian family. They can be considered open-minded with regards to letting the women of the house pursue education in their desired field. I am an English literature student and I was encouraged to pursue it. But, when it comes to relationships and sexuality, their opinions are not as progressive. My family is religious and visibly orthodox; and as one would expect they do condemn homosexuality. I have had only one or two interactions with them about this and it was clear that it was an unwelcome topic. The right word for the feeling I get when I think about coming out to them is Fear. Apart from the fear, I will be kicked out of my house when I am not financially independent, the thought that I will no longer be considered as a part of the family is scarier. But the only way to remove such homophobia is to have conversations about it. As the folklores preached – slow and steady wins the race. I was 18 when I finally and wholeheartedly embraced this newly discovered identity of mine and allowed it to define me and direct my desires. A lot of people realise and come to terms with their sexuality far later in life. But, I still feel like I missed out. I felt suffocated to not be able to say it out loud, to keep that part of myself hidden. My story is not very groundbreaking, it’s pretty simple in a general sense, I guess. But it gave me a sense of completeness and immense relief. That was worth losing my friends and it is worth the hardships that may come ahead.

As someone from the current generation, I have come to witness that changes and developments in life happen through exceptions. One must thrive to conquer newer ideologies and ways of life. Education that we take for granted today also come with women receiving various demeaning comments and oppression. Women have always been held back to an inferior position, surpassing the various degrees of “othering” (i.e. gender, sex, caste, class, complexion, body size etc.) I have started to respect myself to mark my spot with the living. All rights come around by holding a fight. And I’m ready to walk into the battlefield with my fellows to liberate them and myself.

Every Cloud has a Silver Lining

Last year LGBT community in India won when the Supreme Court decriminalised section 377. It was indeed a landmark decision. Justice Indu Malhotra pointedly stated that “an apology to members of the LGBT community… for the ostracisation and persecution they faced because of society’s ignorance.”

In 2014, the Supreme Court issued a historic judgment in NALSA vs India, which held that transgender people should be legally recognised according to their gender identity, enjoy all fundamental rights, and receive special benefits in education and employment.

Notably, legal changes are an important step; much more is needed for LGBT people in India to be able to live without discrimination and with dignity. Young people who are bullied in school are less likely to succeed and more likely to find themselves vulnerable to discrimination and violence as adults. There are some promising laws all across Asia to protect their rights.

For example, a 2013 law in the Philippines instructs schools to address bullying and refers to sexual orientation and gender identity. In 2017, the government of Japan changed its national bullying prevention policy to specifically protect LGBT students.

Let us celebrate love with Pride. Kyunki Pyaar Toh Pyaar Hota hai and the most important form is Self Love! As a society, we need to be more accepting. We need to appreciate the similarities and celebrate the differences. They don’t need any special treatment. All they need is – a treatment that every individual deserves. We need to be sensitive and take responsibility for our actions.

Breaking the societal shackles, Shivani sets herself onto a never-ending expedition! 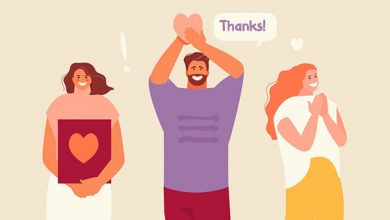 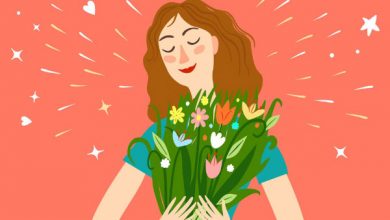 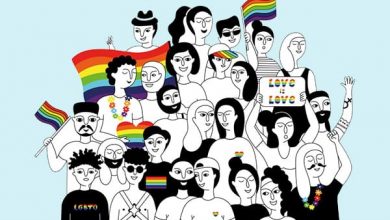 Thanksgiving 2021, Why It Is Important To Be Grateful In Life? 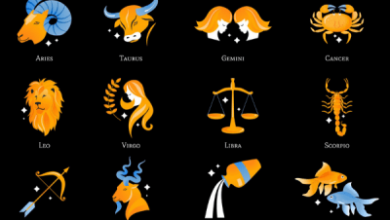