Former Karnataka Chief Minister H.D. Kumaraswamy’s son Nikhil got married to a grandniece of a Congress leader and former minister, Revathi on Friday. Both of them received a lot of backlash for not following the government guidelines of lockdown. Nikhil, who is also a grandchild of former Prime Minister HD Deve Gowda tied knot at a family farmhouse about 8 kilometres away from the state capital Bengaluru.

Congress leader H.D. Kumaraswamy said that the wedding involving two political families had no one outside from the family. It is estimated that over 100 people were present at the ceremony. Police were informed about the wedding saying that all the guests will follow social distancing. Karnataka police gave passes for 42 vehicles and 100 people.

The guests were seated at a distance of more than 1 meter were watching the marriage ceremony on a screen. But several people near the mandap where the ceremony was happening, no social distancing was  followed. It was not a big fat wedding but it seemed in visuals from a drone that everyone near the mandap was standing close, ignoring the current social distancing guidelines. 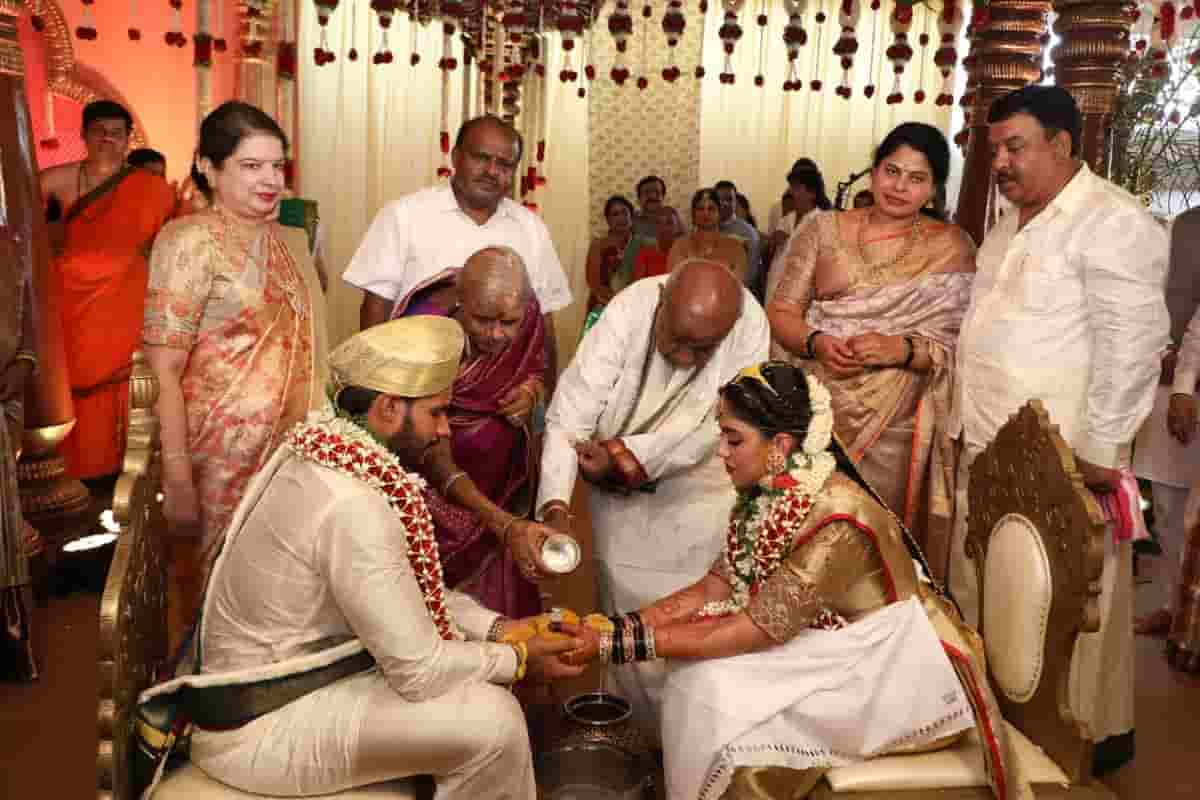 Biggest questions are – proper sanitization was done or not. If everyone present at the ceremony was tested for coronavirus or not. Why media persons were not allowed to capture the event. Was Kumaraswamy trying to hide something?

Police denied lockdown violations at the incident and said that they were not present at the ceremony because it was a private affair. Karnataka Deputy Chief Minister Ashwath Narayan has said that action would be taken against the Janta Dal (Secular) leader “without a second thought” if guidelines were not followed.

There is no doubt that it was a VVIP affair and a special case that’s why people were allowed to gather at a place. But we want know why? What if a common man does the same?. A common person will get arrested for doing so!

In a wedding, only guests and hosts are not at risk. Those poor people who do all the hard work like caterers, cook, decorators, camera persons, other helpers also become vulnerable to disease.

Read more: Who failed in the Bandra incident & how situation like this could be avoided in Future?

Earlier Kapil Wadhawan and Dheeraj Wadhawan, DHFL promoters were seen flouting the nationwide lockdown. An IPS officer had specially issued them pass to travel to Mahabaleshwar from Mumbai along with their family citing a family emergency. However, both Kapil and Deepak were booked by the police later.

M Jayaram, BJP MLA from Turuvekere constituency had also violated the lockdown restrictions by celebrating his birthday with several villagers in Gubbi taluk in Tumkur.

Another MLA from the ruling party in UP, Ram Feran Pandey turned the celebratory event of novel coronavirus warriors into a photo-op and gathered many people, violating social distancing rules. A few days back, a ruling Congress MLA, A. Johnkumar in Puducherry allegedly violated coronavirus lockdown orders and distributed relief materials in his village drawing a crowd of more than 150 people.

Does AC spread coronavirus? Here is a reality check

10 Words that became part of our conversations after COVID 19 outbreak! 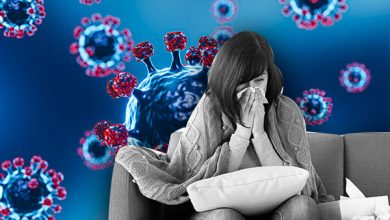