Bihar is one of those rare states where political knowledge amongst its residents can challenge even the political experts. Political knowledge, enthusiasm, and involvement of people in elections in Bihar can blow your mind if you have never visited the state. But, despite so much of awareness, the state has not able to recover from the tag of sick state. There is hardly any industrialization in the state and the job-opportunities are very limited.

In the last 30 years, RJD and NDA have ruled the state for 15 years each. When Nitish Kumar-led NDA came into power in 2005, everyone had high hopes from him. Nitish Kumar worked tremendously in his first term by developing roads, taking electricity to many villages and ensuring incentives for students. But later, the development work stopped and Bihar stayed where it has always been, at the bottom. Bihar Assembly Election 2020 is on the head and all the mathematics of seat-sharing is done. Almost all the candidates have also been announced.

Though there is usually talk of anti-incumbency factor in Bihar after 15-year-rule by any political party or leader, a fractured opposition does not seem fully prepared to cash-in on it. People on the ground are very definitely angry with Nitish Kumar, but they have very limited option other than NDA, so the NDA is confident of another victory under Nitish Kumar.

We are just days away from the election date and the political air has started to warm up. Because the election commission has limited the physical presence in this election, the virtual presence of leaders is going to play a big role in the elections. So far, the political parties have not talked about key issues of the election, rather they have centred themselves to the mathematics of castes and religion. While, LJP has parted ways from NDA, but is supporting the BJP candidates indirectly. RJD has been successful in bringing all the major 3 left parties with them after many years.

Soon after the announcement of election dates, Bihar CM and Chief of Janta Dal United Nitish Kumar reached out to the people with many election promises. The leader of the main opposition, Mahagathbandhan led by Rashtriya Janata Dal (RJD) Tejashwi Yadav also opened the entire bucket of assurances.

All the important festivals like Navratri, Diwali, Durga Puja, Chhath Puja, Milad Un Nabi and more are in line in October-November, which usually bring migrants back home. The COVID-19 pandemic has already brought many and more are likely to join. Their behaviour and mood would be a thing to watch in the face of the pandemic.

Read more: Who is Pushpam Priya Choudhary and does she stand a chance in Bihar Elections?

Here are the key issues in the state.

The migration issues might play a huge role as the Mahagathbandhan is trying to play up the migration issue in Bihar and the ruling government is working hard to project its handling of the issue as its success. The issue is hot as nearly 30-lakh migrants reached Bihar from various parts of the country after travel restrictions were announced. Migration in Bihar is not new but the pandemic has reversed the form.

Election promises, of both the NDA and the grand alliance, indicate that they are eyeing the unemployed youth. CM Nitish Kumar bombarded the people of Bihar with promises. He promised to work under 7 determinants Part-2, while promising the youth to have jobs under the campaign- “Pragati of Yuva Shakti Bihar.”

JDU leaders and face for CM post of NDA promised to connect more and more youth to the skill development and create a mega skill center in every 50 districts of the state apart from a new department of skill and entrepreneurship.

Tejashwi Yadav did not lag and made a big announcement of giving government jobs to 1 crore people.

As per the recent data of the Centre for Monitoring Indian Economy (CMIE), Bihar’s unemployment rate had increased to 46.6% in April 2020.

Education has always been a key issue in the state. The ruling government takes pride in a chain of state and national-level institutions, including engineering colleges, medical colleges, and polytechnics, created under the NDA government. Opposition attacks the NDA citing the quality of schools and colleges along with the availability of school teachers. Teachers of the state government-aided schools continue to be unhappy despite Nitish Kumar government’s pre-poll sops to calm them down. The problem is most of the students who have to take admission in professional courses or need good quality education, they head to other states. There are very few educational opportunities for them.

Nitish Kumar came to power in 2005 citing the end of “Jungleraj” using the ‘law and order’ issue. Nitish administration has always used it as a selling point. Although the number of crimes decreased in the first two regimes of Nitish, recent incidents of loot and murder have given Opposition a chance to attack them. As per the data of NCRB, the number of crime has increased in Bihar from 1,89,696 to 2,69,109 in 2019 and the crime rate in the state is 224.

Bihar is probably at the bottom when it comes to governmental health infrastructure. During the initial phase of coronavirus, patients had to travel around 300-500 kilometres to reach the state’s capital, Patna for coronavirus test.

Not only there is a lack of equipment in the hospitals, but also health workers. As per recent reports, the state has a shortage of close to 13,800 nurses, 7,800 doctors, and 1,500 pharmacists against the sanctioned posts. These vacant posts are based on the calculation of the health department of the state.

Floods in Bihar are a big concern. Almost half of the districts were submerged into the water this year, some are still submerged. Every year, when flood comes, people migrate to some other place and once the water is gone, they come back. They have become so accustomed to floods that now it doesn’t seem like a problem to them. They do not ask for a permanent solution from the government. Lakhs of people abandon their homes for months to avoid living in water every year and yet political leaders have nothing to say about it in their election campaigns.

Waterlogging of rain water on roads is a familiar sight in small towns and cities. A large portion of the state still doesn’t have a drainage system and sewage system. People have no other option than walking in knee-level waterlogged roads in towns and cities. They have to make their own tank for the sewage apart from arranging water for themselves. Tap water is still not available in many villages and cities.

What people think about issues

We talked to few people of Bihar about their issues and what are they going to do about it. Roushan Nilay, a networking engineer who works in New Delhi but is in Bihar as he is working from home, said “I am tired of pathetic roads here. People here have no problems with dirty water on the roads. This time, I am not going to vote for Nitish Kumar.”

Jitendra Paswan a government teacher said “There are so many issues but no one comes here once they win the election. I have been residing in Hajipur for more than 25 years and still there is no tap water, sewage system and drainage system here. We have to take care these things on our own. I have built an underground tank for the sewage and once the tanks get full, we call the private sewage cleaners.”

Ravi Sharma, a student said “Bihar is such a place where you have to migrate for even secondary level education. I had to reside in Patna away from my family after the matriculation. Once, I completed 12th, I moved to New Delhi for graduation. Right now, I am in the third year. I hope that government works on educational institutions.”

Nitish-led NDA do not want to poke at these issues because they were at the helm for more than 15 years. Things could backfire at them as people might ask what have you done in the last 15 years. The opposition led by Tejaswi Prasad Yadav also doesn’t want to indulge into these issues as his father and mother have ruled Bihar for 15 years in the past with the same election symbol which he is using now. Everyone is working on the mathematics of caste and religion.

Who is Pushpam Priya Choudhary and does she stand a chance in Bihar Elections?

COVID is not over & smog has already taken over the National Capital: 6 Simple Steps to protect yourself 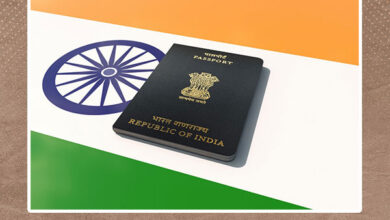