KBC is modeled on the UK game show “WHO WANTS TO BE A MILLIONAIRE”, it keep us hooked to the television for an hour every day. The all new season has started and we are enjoying it. Well, KBC has changed a lot of lives so far. It has not only changed the lives of contestants, but it has also changed Amitabh Bachchan’s life. Notably, it was a turning point of his life. Today, we will tell you what winners of KBC are doing these days.

Ravi Saini was just 14 when he won 1 crore in KBC junior. Now- a -days he is an IPS officer.

Vijay Raul and Arundhati won the duo special KBC Jodi in 2001, now -a –days they are happily living their life.

Harshvardhan Nawathe was the first contestant to win 1 crore in Kaun Banega Crorepati in year 2000, later on he pursued MBA with the money ,and now -a –days he is working for an MNC.

Brijesh Dwivedi was the winner of the 2nd season in 2005.His current whereabouts is not known to anybody.

Raht Taslim made history by winning a sum of Rs. 1 crore on the 4th season in 2010. She was the medical student who was married off at a young age later on she entered into a garment business with the winning prize.

Sushil Kumar won 5 cores in 2011, a B.ed graduated from Motihari in Bihar. However, later on he lost all money and is a jobless man now.

Sumeet Kaur Sawhnay was the winner of the sixth season of KBC. She used her 1 crore to establish herself and open her own fashion house!
Manoj Kumar Raina won the show in 2012. He was working for Indian railway and nobody knows what he did with his winning amount.

Taj Mohammed Rangrez created history by winning Rs.1 crore in the 7th season on the game show. He treated visually impaired girls and also helped in the marriage of two orphaned girls from his winning amount.

Firoz Fatima was the first woman contestant of 7th season to win Rs. 1 crore as she has to give up her studies after the death of her father, so she used her winning amount to stabilize the situation of her family.

Achin and Sarthak Narula brothers won the amount of Rs. 7 crore in 2014.They have used the winning amount in cancer treatment of their mother and setup a small business.

Megha Patil was the survivor won 1 crore in the 8th season in 2014. She used the money to the hospital bills and in her children’s education. 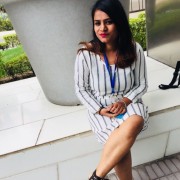 5 Hacks That Can Make Your Periods Days less Miserable

Fictional Writers in Hindi Films who are most Unrelatable