Curfew was imposed in the Rajouri town of Jammu and Kashmir after the tension prevailed among the members of two communities followed by stone-pelting incident over the rumors of the alleged sacrilegious act, police said.

“Curfew was imposed in the Rajouri town tonight. There were incidents of heavy stone-pelting and communal tension in the town,” IG Johny William, incharge DIG range of Rajouri-Poonch.

“The situation is tense but is now under control,” IG said. 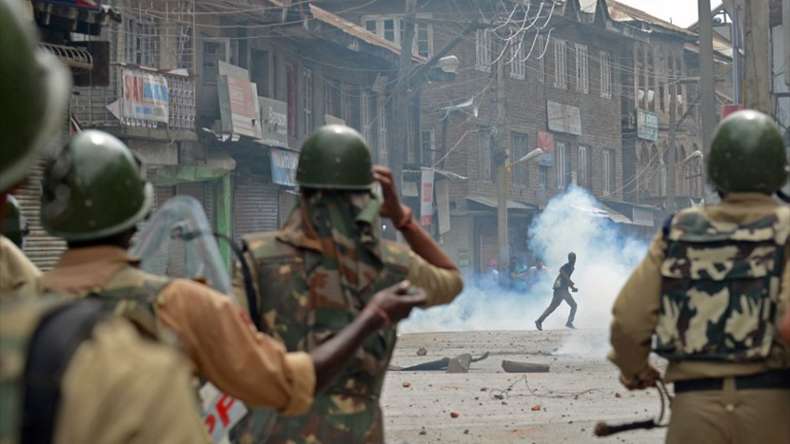 Meanwhile, Shabir Ahmed Bhatt, the Rajouri District Magistrate said that the camel meat was recovered from some passengers in a commercial vehicle which had lead to spread of rumours, which were followed by clashes erupted in some parts of Rajouri town, further prompting the district administration to impose curfew to further avoid any loss of life and property.

The army was also called in for flag march, but has been put on stand-by, he added.

Meanwhile, an investigation has also been initiated by the police, under supervision of SSP Rajeshwar Singh, into the alleged instigation of the mob which had led to damage to property and a case has been registered in the matter.

Have a news story, an interesting write-up or simply a suggestion? Write to us at
info@oneworldnews.in
Tags
featuredhomeews Kashmir Nation Protest