Authorities in the Kashmir valley have decided to lift restrictions from the Valley on Monday, but except for some of the areas, after the 51-day continuous curfew following the death of Hizbul Mujahideen commander Burhan Wani on July 8 and then the subsequent unrest in the valley.

“Following the improvement in the situation, there will be no further restrictions in Kashmir valley from tomorrow except the Pulwama town and the areas falling under the jurisdictions of the police stations MR Gunj and Nowhatta,” said a police spokesman on Sunday.

MR Gunj and Nowhatta fall in the old city area of Srinagar, whereas Pulwama is in south Kashmir. 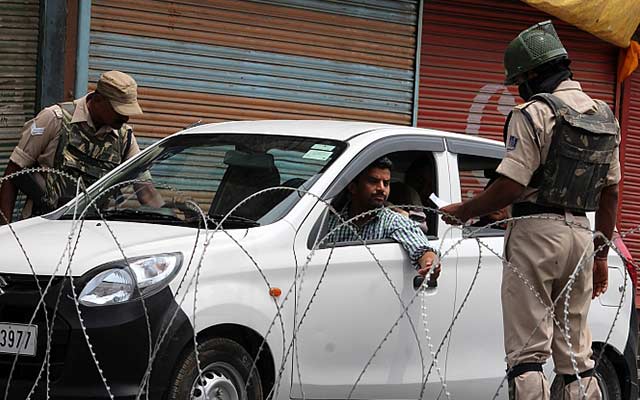 Kashmir could relax after 51 days

This development comes in the wake of Jammu and Kashmir Chief Minister Mehbooba Mufti’s meeting with the Prime Minister Narendra Modi on Saturday and also the government’s announcement that an all-party delegation will be visiting Kashmir in the first week of September.

While all the decks seems to have been cleared on Saturday for a meeting between Kashmiri separatists and members of the all-party delegation.

The state and Centre government have also agreed that, no member of the delegation will be stopped from further engaging with the separatists, sources said after Mehbooba’s meeting with the PM.

Meanwhile, residents in the Kreeri area of Baramulla said that they have heard gunshots on Sunday evening after the security forces launched a search operation.

Whereas, police denied that any shots were fired. The Baramulla control room also said forces laid a cordon in Bandibala Chandoosa which was later lifted.

Have a news story, an interesting write-up or simply a suggestion? Write to us at
info@oneworldnews.in
Tags
Curfew featuredhomeews Kashmir Narendra Modi Nation

5 signs you are still stuck in your past!