Indians believe that two to ten-year-old girls are a reincarnation of Aadi Shakti Maa Durga. This Durga Ashtami 2022, learn the faith behind kanya pujan.

Durga Ashtami 2022: Navratri is a festival of beauty, enthusiasm, and festivity. It is said that Goddess Durga visits her devotees on earth during Navratri and fulfills all their wishes. To please the Goddess and get all the wishes fulfilled, kanya pujan of 2 to 10-year-old kanyas is of great importance. Indians believe that two to ten-year-old girls are a reincarnation of Aadi Shakti Maa Durga.

On Durga Ashtami and Maha Navmi, young girls are worshiped as the avatar of Goddess Durga on earth. Hinduism holds that praying to a human gets better results than praying to God. Children are considered the purest form of humans across the universe. kanya pujan is held as a way to acknowledge and worship the pure soul.

What Scriptures say about kanya pujan? 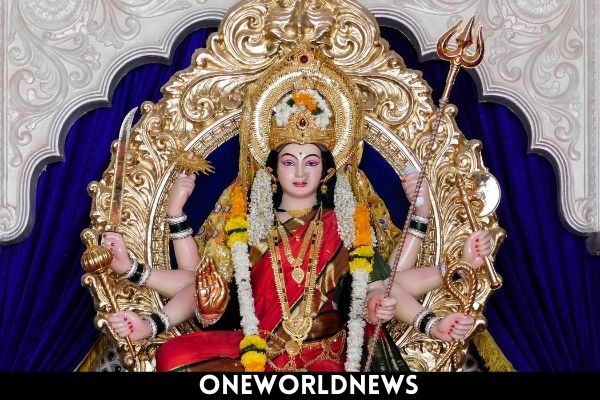 According to the Scriptures,

That is why we must perform kanya pujan with great devotion and faith. We can gift the Kanyaas with flowers, hair clips, hair bands, kajal, comb, nail polish, mehndi, bananas, apples, coconut, sweets, Halwa-Poori, clothes, Handkerchief, toys depending on your affordability to get blessings from Goddess Durga.

How to perform kanya pujan?

On Ashtami or Navmi, the eighth day or the ninth day of the Navratri, whenever you perform Kanjak, invite nine Kanyaas up to ten years of age and a boy (LAUNKARA), with great devotion and surrender. It is a tradition among devotees to wash the feet of the girls who represent Maa Durga in nine different forms.

Devotees tie a red thread around their wrists and place red kumkum on their foreheads.

Offer them food, usually Halwa-Poori, cardamom, kheer (optional), jalebi (optional), and coconut and Dakshina. Give them all a gift (optional). Perform Hawan with the Kanyaas (optional). When they leave, gift them a chunni (optional). Do not forget to touch their feet and take their blessings before they leave.

If pooja is performed in an above-mentioned way, Goddess Durga will surely bless you with success and abundance.

5 things you should know about honey