Haasan Is Rumored To Have A New Party Formation Till The End Of September!

According to latest buzz, Kamal Haasan will form a new party till the end of September and some people might have problem in digesting this fact.

Although there isn’t any official commitment from his side, but he hasn’t denied on this statement even, so chances are probably high that Kamal Haasan will soon hit the political ground.

Related : Kamal Haasan and Gautami split ways after 13 years, but why?

Haasan has always seemed to take a lot of interest in politics, and several times he has taken the internet by storm from his political opinions

It is believed that the actor is soon planning to float the party. He seems quite vocal from past few months in Tamil Nadu politics, but his own statements seems contradicting, if he floats his own party and step in political dangal.

Apart from all these political scenarios, he seems busy with the Tamil version of Big Boss where he is hosting the show and moreover, he resumed with vishwaroopam2 which is expected to hit the screen in the end of this year.

We wish him luck for his efforts and we are sure his supporters will be more than happy to see their favorite actor as politician. 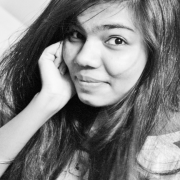