Understanding the Advantages and Disadvantages of Privatisation in India

After the Union Finance minister, Nirmala Sitharaman presented the Union Budget 2021-22 with an aim to give impetus to the disinvestment agenda of the Indian government, the opposition hit the NDA government for selling government’s assets to private companies. The finance minister had announced several policy measures related to disinvestment agenda, including privatisation of 1 general insurance company and 2 PSU banks along with asset monetisation to ensure that the government has enough capital to push the economic growth. The Budget had sealed PM Narendra Mod’s idea of “It is not the government’s business to be in business”. While the Privatisation debate has gotten cold due to the farmers’ protests, we are here to tell you about the brief history of Privatisation in India and what could be the advantages and disadvantages of it.

Let’s make it clear that India has a mixed economy in which both Public and Private Sectors exist especially in the areas of Road Transport, Telecom, Banking, Manufacturing, Education, Healthcare, Trading of different goods among others. Many economists and business experts have opined that Privatisation will boost the economic growth of the country with the increase in competition. However, few experts fear that Privatisation could bring monopoly of certain companies and increase unemployment.

History of Privatisation in India

But, before we come to any conclusion, we must look into the history of Privatisation in India and how it has fared. In the year 1991, the debt of India had reached to 70 billion. The country could have become bankrupt if those debts would not have been paid. At the time, newly elected PM Narasimha Rao was tasked with the job of reviving India’s economy from ICU. India brought 21 tons of gold from the Bank of England to mortgage and prevent bankruptcy. This revived the Indian economy for a while but the country needed more to improve and stabilize the economy.

Dr Manmohan Singh was appointed as the new Finance Minister, a Cambridge graduate who was RBI Governor at that time. A new economic policy was introduced by the PV Narasimha Rao government and welcomed the Foreign Investment and Privatisation with red carpet. The government received an income of Rs 3038 crore by selling shares of public sectors to private owners. Then-Prime Minister Rao, allowed private sectors for banking in 1993, a shock to many citizens.

As per the statistics, the central government allowed more than 10,000 foreign investments during the period of 1991-2000. 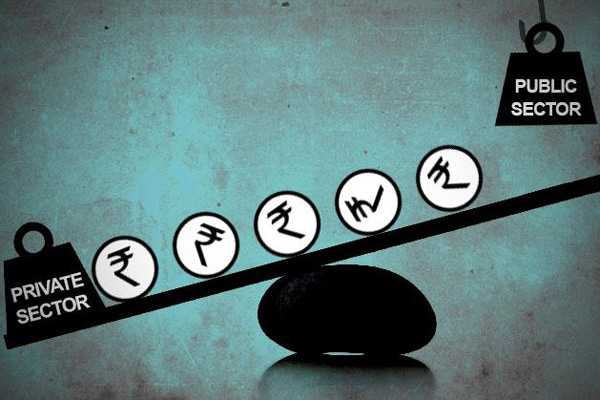 The first NDA regime led by Atal Bihari Vajpayee privatized some PSUs including Bharat Aluminium Co. Ltd. However, both the UPA I and II government didn’t believe in Privatisation and didn’t had the will to privatize. Yes, few public sector companies were listed in the market for some amount of shares, but control remained with the Centre.

Then came the first Modi regime, in which the foreign investors expected that the economic reform agenda of PM Modi would include action on Privatisation. But most of the disinvestment head in the first term was not Privatisation. Mostly, one PSU was sold to another such as Hindustan Petroleum Corp. Ltd shares were bought by Oil and Natural Gas Corp. Ltd and LIC was called in to buy shares of New India Assurance, Hindustan Aeronautics, and General Insurance Corp.

Privatisation is the need of the hour

In a country like India, Privatisation is seen as the way to improve quality, increase output, curbing public spending, reducing unit costs, and raising cash to reduce public debt.

There is a theory that private companies have a profit incentive to be more efficient and cut costs. Also, there would be less political interference. The government may not get rid of less efficient workers due to the negative publicity involved with it. While a private company would employ workers, who are more efficient and less costly. Government-controlled companies often employ too many workers, hence increasing inefficiency.

The government might think only in terms of the election, which means a short-term view. They might not get enough encouragement to invest in infrastructure improvements that will benefit the company in the longer run. It is easier to cut the budget of public sector investment in comparison to frontline workers in healthcare. 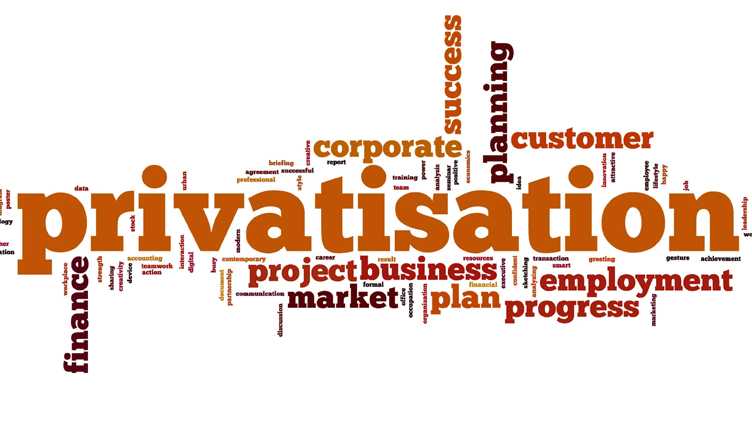 Privatisation will help in keeping the need of consumer on top and increase long-term jobs. It will also make sure that the corruption is less in the administration. Privatisation is also expected to increase the tax revenue from profits and provide strength to the public treasury. We have seen the tremendous potential of GDP growth in India. The economy which used to grow at 3 to 4 per cent had started growing 7 to 9 per cent after the introduction of reforms. Privatisation is also expected to give ample space for innovative thinkers as well as strategic and systematic planning to realize the full potential of the economy.

As the coin has two sides, Privatisation too has its own devil impacts. The concept of a welfare state might get defeated as private companies would think of making more profits rather than the welfare of citizens. There is an emphasis on performance such as meeting deadlines or targets hence increasing work pressure on the employees. People who were adept to work without much pressure may find difficulties in the new work culture and resign from their posts.

Read more: Spring Season begins Time for New Beginnings, 5 things that you should do right away!

Privatisation might give rise to monopoly. We have seen how most of the telecom operators have suffered after the entry of the Jio service. Only Bharti Airtel has been able to survive. Vodaphone and Idea had to merge to keep themselves relevant in the telecom industry of India. Privatisation might make things costlier for common people. We have seen how Privately-owned trains like Tejas Express is way out of budget for the lower middle class. Similar to the public sector units, private companies too seek to increase short term profits to impress shareholders and avoid investing in long term investments.

If we have to compete with developed nations and neutralize the growing influence of China, we have to revive the Indian economy and Privatisation is the best way to do it. Yes, there are negative impacts but that does not mean that we can leave all the good deeds and a bright future for India. To survive in this competitive world, we will have to become the best and leave the better.

Spring Season begins Time for New Beginnings, 5 things that you should do right away!

Which franchise is likely to buy which player in the IPL auction?