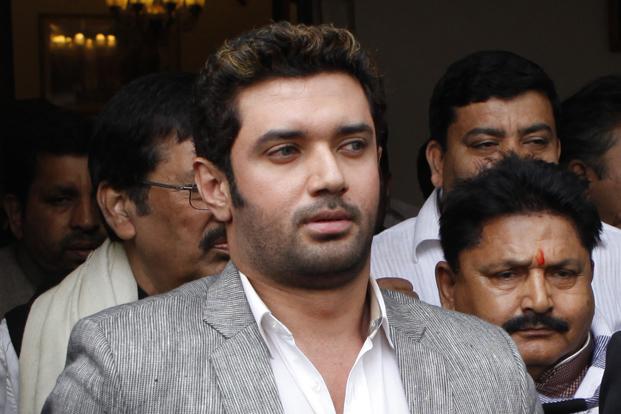 The Lok Janshakti Party will go solo in the Jharkhand Election and contest on 50 assembly seats in Jharkhand. LJP is part of NDA in the current government. LJP President Chirag Paswan made it clear through the Twitter post that the party will fight alone in Jharkhand assembly election, which will be held in five phases from November 30 to December 20.

The last decision on contesting the election was to be taken from the state unit of the party. The state Unit of Lok Janshakti Party has decided that the party will contest 50 seats alone. The first list of candidates for the Jharkhand Assembly elections will be announced by Tuesday evening.

The fresh development is another jolt for the BJP which is already struggling in Maharashtra as its ally Shiv Sena remained adamant on 50-50 formula demand.

Chirag Paswan said that he was not satisfied with BJP

Party President Chirag Paswan made it clear that the party is not satisfied with the BJP as it failed to respond to the demand of six seats, reported The Hindu.

Chirag Paswan, son of veteran Ram Vilas Paswan said that he wanted to contest with the BJP in the upcoming elections but added that he did not get any response of the letter, he wrote to BJP President Amit Shah, JP Nadda and Jharkhand CM Raghubar Das.

LJP also said that they demanded only six seats where BJP had a dismal performance in previous elections. Chirag added that LJP was ready to sacrifice some seats but he did not get any response from ally BJP.

Chirag Paswan was recently made the President of the Lok Janshakti Party after his father Ram Vilas Paswan vacated the place. Ram Vilas Paswan is presently the Cabinet Minister in Modi government and handles Ministry of Consumer Affairs, Food and Public Distribution.