A local prosecutor in Iran issued an arrest warrant against United States President Donald Trump and 12 other people. The action comes in the wake of drone strikes which took place on 3rd January and killed Iranian general Qassem Soleimani in Baghdad.

As per the report published in the Associated Press, Tehran’s prosecutor Ali Alqasimehr said that the US President Donald Trump and 30 others are accused of murder and terrorism charges.

Iran had issued an arrest warrant and urged the Interpol, international organization that facilitates worldwide crime patrol and police cooperation, to detain him and others who are accused of the crime. Iran’s ISNA news agency quoted the prosecutor Alqasimehr saying that Iran has also urged the Interpol to issue a “Red Notice” against the US President.

Read more: Impact on the business of TikTok and other recently banned Chinese apps

Red Notice is described as a ‘request from the law enforcement across the globe to locate and provisionally arrest a person pending surrender, extradition, or similar legal action’. A Red Notice is published by the Interpol at the request of a member country. Fugitives might be wanted for serving the sentence or prosecution in a case.

The France-based Interpol rejected the request of Iran government’s request to issue an arrest against the United States President Donald Trump. It cited Article 3 of INTERPOL’s constitution which says that they are strictly forbidden to undertake any activity or intervention of a political, racial, religious or military character. 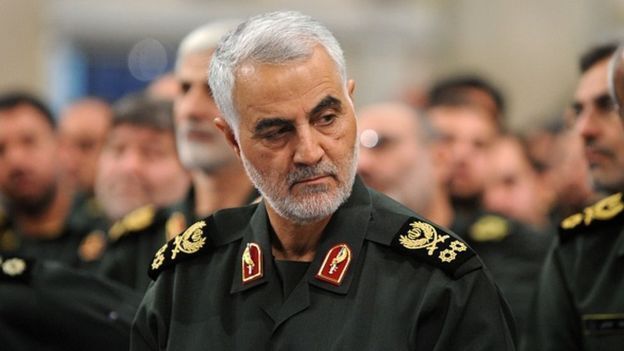 Who was Qaseem Soleimani?

Qassem Soleimani was handling Quds Force of Iran’s Islamic Revolutionary Guard Corps (IRGC) that undertakes Iranian missions in foreign countries including covert ones. The United States designated the Quds Force as a Foreign Terrorist Organization in April 2019. Soleimani was said to be very close with Iran’s supreme leader, Ayatollah Ali Khamenei and was seen as a potential future leader of the country.

On April 3 2020, Qassem Soleimani was killed in an airstrike operation conducted by the United States. The US Department of Defense justified the airstrike saying that Soleimani was responsible for deaths of hundreds of Americans and coalition service members.