Qualifications scenarios of all the four teams in IPL playoffs 2020

The huge win of KKR over Rajasthan Royals has kept the playoff race for 4 teams open. KKR and RR were fighting at Dubai for the 14th point in a winner-takes-it-all clash. Kolkata Knight Riders came on top as they defeated the star-studded RR by 60 runs. Eoin Morgan and Pat Cummins were the heroes of the match. This win has troubled Virat Kohli’s led RCB and Shreyas Iyer’s DC who are going to have their final league battle at Abu Dhabi tonight. SRH on the other hand need to win their last match to qualify for the playoffs.

IPL 2020 has been so competitive this year that despite 54 matches of the total 56 league matches, we don’t know which 4 teams will qualify for the playoffs. This season has been so competitive that during the 54th match between KKR and RR, once it seemed like the 8th number team will directly jump to 2nd position if they win by more than 79 runs.

While we know that Mumbai Indians are definitely going to play the qualifier 1, we don’t know if the RCB or DC will be joining them in the race for final.

Read more: Who is more likely to win the Emerging Player Award in IPL 2020?

A place in the playoffs will be up for grabs when #DelhiCapitals and #RCB square off in Match 55 of #Dream11IPL 2020 in Abu Dhabi.

It is important to understand the points table first. Mumbai Indians have qualified for the playoffs. RCB, DC, KKR and SRH are still in the hunt and the rest are out of the race.

Change of logo has definitely changed the fortunes of RCB as for the first time in four years, they are in a position to finish in top 2. Although they have lost their last three matches, they need to make sure that they win their last league match against Delhi Capitals. If they lose, they need to make sure that they don’t lose by more than 21 runs. If they will be batting first, Virat’s team needs to make sure that DC don’t chase the target before 17.3 overs. If SRH loses their match against Mumbai Indians in the last match, RCB will be through no matter all other results.

Delhi Capitals can go to playoffs in two scenarios. They can confirm their seat in the top 2 by winning the match against Royal Challengers Bangalore tonight. If they lose the match against RCB, they still have two scenarios to qualify. First one is that Mumbai Indians beat SRH in the last league match on Tuesday. The second one is that they do not lose the match against RCB by such a margin that their net run rate becomes lesser that Kolkata Knight Riders. If they score 160 runs batting first, they have to make sure that RCB takes at least 18 overs to chase the match. If they will be chasing, they would need to make sure that the team doesn’t lose by more than 18 runs.

Kolkata Knight Riders registered a thumping win in their last match against the Delhi Capitals which have opened doors for them. If SRH loses their last game, they are through. If not, they have to make sure that DC loses their match by at least 18 runs or before 18th over if they batted first. If RCB loses the match by 21 runs or DC chases their score in 17.3 overs then KKR can easily qualify for the playoffs.

SRH boasts of a massive net run rate, the second-best in the tournament after Mumbai Indians. For them, the equation is very simple, if they win the last match against the in-form Mumbai Indians, they will qualify for the playoffs. If they lose the match or the match is abandoned, they are out of the tournament.

Special equation: If there is a chance of similar net run rate of KKR and DC or KKR and RCB, the team which has taken more wickets in the total fair deliveries bowled in the tournament, will win. Delhi Capitals or Royals Challengers Bangalore will qualify as they have taken more wickets than KKR. If the clash between RCB and DC is abandoned, both teams will easily qualify. Only the fourth position would be left for KKR and SRH.

US Presidential Election: Everything you should know about the 2020 US election 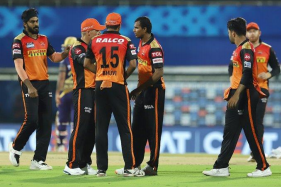 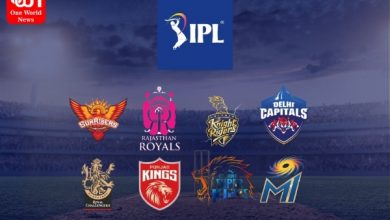