Few things that you need to know about GST

One of the most trending and debatable bills of India, GST which is concerned and focused in maintaining a uniform Tax ratio that will be imposed on every commodity. The continuous procedure of brain-storming and experiments are going- on for imposing this bill all across the country. Here are few things that you probably didn’t know about GST.

It was proposed Way Back

The GST bill is a very old matter, now when it is going to get applied the Congress claims that it was their proposal, as they always wanted to make this policy and implement this for the betterment of the people. The previous form of GST was proposed by Vishwanath Prasad Singh in 1986 with a name of ‘MODVAT’(modified value added tax) with an idea to abolish the different types of taxes which were imposed during inter-state movement of commodities like central excise duty and service tax.

The Successful Procedure in the Houses

This bill has been passed in both the houses of the Parliament without any fuss but some alterations were done which were considered necessary by the Centre. States are applying this with a vision of getting the uniform tax applied on every single commodities movement from their borders. 5 states have successfully applied this bill.

The Proposals for GST

Centre received a list of things that were supposed to get their rates revised in GST. The centre agreed at an extent things like School bags, movie tickets, spare parts of trucks this all be relieved in this GST as they will be sold down to their consumers with 12% tax. Notably, different things which were also brought into notice like Sanitary napkins were not relieved by the government and they will be sold with 18% tax.

The medical facilities for the people who are infected from diabetes will also get cheaper by 7% that is Insulin. Firstly it was there in the 12% slab but during the revision of 133 items it was brought down to 5% slab.

Total 66 items were revised in the list of 133 items and now the GST is all set to get applied all across the nation.

It is considered to be the Biggest Tax reform till date in India, with a vision of getting a uniform tax slab applied in the whole country. 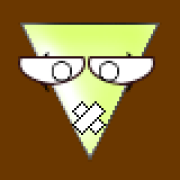 Make-up tips for beginners: Here is all that you should learn!

Blue Denim' game is still on!