Christina Rossetti wrote the words to the Christmas carol ‘In the Bleak Midwinter.’

Rossetti (1830-94) is regarded as one of the finest 19th-century female poets. Rossetti wrote the words to the carol during the mid-19th century, but it only became a musical piece in the early 20th century. The first musical accompaniment for Rossetti’s carol was the work of none other than Gustav Holst, the British composer most famous for the Planets suite.

Poet Nahum Tate wrote the words for ‘While Shepherds Watched Their Flocks.’

Tate (1652-1715) was also the man who rewrote Shakespeare’s King Lear to give it a happy ending, although he is now probably more famous for penning the words to this popular carol. Tate was also one of the first people to hold the official post of Poet Laureate in Britain, between 1692 and 1715, and he wrote the words to Henry Purcell’s famous opera Dido and Aeneas.

Washington Irving arguably did as much for Christmas as Charles Dickens did.

Although we often talk about Dickens (1812-70) as the one who helped to popularize and rejuvenate Christmas as a time of festivity, through his celebrated 1843 book A Christmas Carol, Dickens himself was highly influenced by Irving (1783-1859), the American writer of fairy tales such as Sleepy Hollow and Rip van Winkle. Irving — whom I’ve blogged about on Interesting Literature — helped to inspire Dickens’ vision of the season, drawing on traditional English Christmas celebrations that had, at the time, fallen out of fashion on both sides of the Atlantic.

In Dickens’ A Christmas Carol, Tiny Tim was originally going to be called ‘Little Fred.’

Dickens had two brothers called ‘Fred,’ Frederick and Alfred, the latter of whom died young. He probably altered the name to ‘Tiny Tim’ because the alliteration made the name catchier.

There is a species of snail called Ba humbugi.

The Fijian snail is named after Scrooge’s famous exclamation in A Christmas Carol, although Scrooge only utters the words ‘Bah, humbug!’ twice in the whole story (though he exclaims ‘Humbug!’ a number of times).

The words to ‘Once in Royal David’s City’ were written by the same person who wrote the hymn ‘All Things Bright and Beautiful.’

Her name was Mrs. Cecil Alexander, and her version of ‘All Things Bright’ is but one of several (although it is the most famous).

Much of our modern idea of Santa Claus comes from the 1823 poem ‘A Visit from St Nicholas.’

More commonly known by its first line, ”Twas the night before Christmas,’ this poem popularized the image of St. Nick as a jolly fat man wearing fur-trimmed red robes (long before the Coca-Cola adverts popularized this). The poem also introduced us to the names of all of Santa’s reindeer. It was published anonymously, and probably written by an American professor called Clement Clarke Moore — although this claim has been disputed by some.

‘Father Christmas’ first appears in a play by Ben Jonson.

The term ‘Father Christmas’ — used to refer to the personification of the festive season, a bit like ‘Old Father Time’ — first turns up in a 1616 masque (a festive play for performance at royal courts) by Shakespeare’s contemporary, playwright and poet Ben Jonson. Christmas, His Masque features old man ‘Christmas,’ attended by all ten of his children, whose names include Carol, Wassail, Misrule, and Minced-Pie.

T. S. Eliot’s poem ‘Journey of the Magi’ was originally commissioned to be included in a Christmas card.

Eliot’s poem about the Magi’s journey to visit the infant Christ was written rapidly in an afternoon, at the request of his publisher, Faber and Faber, who wanted a poem to go inside a series of shilling greeting-cards known as Ariel Poems. The first five lines of Eliot’s 1927 poem are ‘borrowed’ from a Christmas sermon given by Lancelot Andrewes (1555-1626), one of the key translators of the King James Bible and a considerable influence on Eliot (who had become an Anglican earlier in the same year).

Harper Lee’s friend gave her a year’s wages for Christmas, on condition that she give up work and write. She wrote To Kill a Mockingbird.

A rather brilliant Christmas present, I think you’ll agree. And talking of which…

The earliest known use of the phrase ‘Christmas present’ is from a 1663 entry in the diary of Samuel Pepys.

This is according to the Oxford English Dictionary. Pepys recorded in February of that year: ‘I was told that my Lady Castlemaine had all the King’s Christmas presents made him by the Peeres given to her.’ 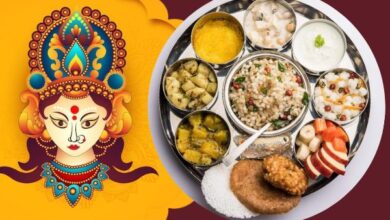