India enters Shanghai Corporation: What does it really means?

Prime Minister Narendra Modi is on his two days visit to Kajakistan. He will be attending the Shanghai Corporation Organization (SCO) summit. The SCO summit will be different this time. India will get the membership of SCO in this summit. Notably, India was only a supervisor of SCO before this. It is the first time when a supervisor country is getting the membership of this organization. India’s entry to this organization is seen as a great success.

Related : 5 Successful Joint Ventures In The World That Made Good Money

The two main member countries, Russia and China gave a warm welcome to India. India’s entry to this organization was announced in 2015 summit of SCO at Ufa, Russia. Now, the question is what all benefits India will get after entering into this organisation?

A platform to fight terrorism

Moreover, all the member countries have passed a notice to unite and fight terrorism in March this year. In that case, India’s entry in the organization will be helpful in exposing Pakistan and it’s terror policies. After the entry in SCO, India’s intereference in the Central Asia will increase. This can be a major benefit to India. Moreover, India can easily spread it’s market to these countries.

Indo-Russia relations will be stronger

India and Russia have always been close friends since India’s independence. Keeping the rest of the world aside, Russia always takes India’s side on international stage. India’s entry in SCO will increase it’s bonding with the main member, Russia. India can unite with Russia to target Pakistan and China for terrorism and China-Pakistan Economic Corridor (CPEC).

In 1996, during a summit in Shanghai; China, Russia, Kajakistan, Kirgistan and Tajakistan made a new organization “Shanghai Five” to discuss religious conflicts among them. In June 2001, these 5 countries started the Shanghai Corporation organization to stop the conflicts on religious issues and to increase their market to other countries. After this, they also started to discuss other matters like terrorism. 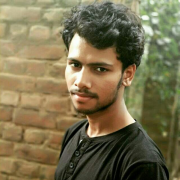 India’s next President will be declared on July 20