This year India will celebrate 150th birth anniversary of Mahatma Gandhi. Gandhi Jayanti is one of India’s 3 National Holidays along with Independence Day and Republic Day. Gandhi Jayanti is celebrated every year on 2nd October as the birth anniversary of India’s greatest leader Mohandas Karamchand Gandhi. He is popularly known as the father of our nation. He played a very inevitable role in the struggle for India’s freedom during the British rule.

Gandhi gave our nation the lessons of truth, non-violence and honesty which are still remembered and used till date. On this day, the President and Prime Minister of India, along with other eminent figures, pay their homage to the memorial of Gandhi at Raj Ghat in New Delhi.

Mahatma Gandhi was born in Porbandar, a coastal town in Gujarat, in 1869. Gandhi attended middle school in Porbandar and High school in Rajkot. He studied law in the United Kingdom and then went to Africa to practice as a lawyer. Lastly, he decided to return to India due to his love for his country. Traveling to various countries and pursuing higher education has built him and his mind extraordinarily, making him well-equipped to deal with the British. 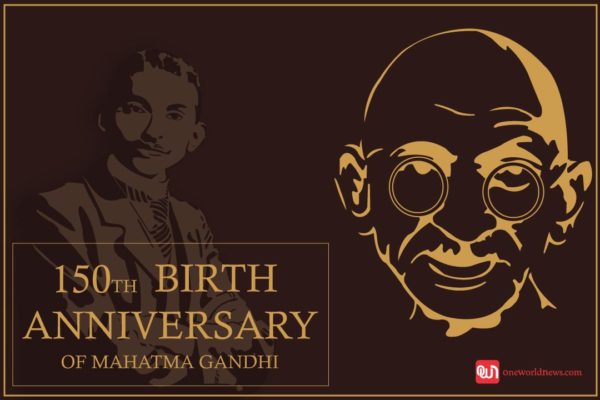 Gandhi became a keen politician and fight for the nation. To express his protests against the tax on salt, he undertook the Salt March from Ahmadabad to Dandi covering a total distance of 388 kilometers. He even founded the philosophy of non-violence (ahimsa) and truth (Satyagraha). This made him a popular leader among the masses and also in the eyes of the British. He further organizes several movements such as civil-disobedience movement, Swadeshi Apnao, Quit India etc. He also worked for the upliftment of the then untouchables and called them ‘Harijans’, which means, children of God.