How well is India handling COVID-19? From Lock to Unlock to Lock, analysing India during the Pandemic

COVID in India so far

Way of handling the crisis

India, the second most populated country in the world reported its first case of Corona Virus on 30 January 2020. On the same day, the World Health Organization (WHO) declared Corona as a public health emergency of international concern. After about 2 months, on 25 March 2020, India went into lockdown, making it the world’s biggest lockdown with 1.3 billion people inside their homes. The cases at the time of imposing lockdown were approximately 500. This step was seen as the first positive step towards fighting the deadly virus as India was the only country to impose lockdown at such a low number of cases unlike the United States of America which imposed lockdown days after the situation went out of control. After 10 weeks of lockdown, on 8 June 2020, India started the first of Unlock. After Unlock 1.0, on 30 June 2020, the cases stood at 5,85,000.

After Unlock 1.0 many states like Maharashtra, National Capital Delhi, Tamil Nadu and Gujarat saw a huge spike in the number of cases. At that point in time, it seemed that the medical infrastructure of Maharashtra and Delhi could collapse any day. Many reports came from the national capital about patients not getting admission in the hospitals, mishandling of the situation, private hospitals charging fees as per their conditions and several other negativities. Here is how well India handled the situation, the current status and what still needs to be done in the country.

COVID in India so far

A joint analysis by Duke University’s Centre for Policy Impact in Global Health and the Public Health Foundation in India states that India’s policy response and handling of the deadly virus varied across states. Health is a state issue, it is the responsibility of the State Government to provide better medical infrastructures and facilities. However, during the Corona crisis, many states including the national capital summoned the Central Government for assistance and help in testing kits, PPE kits and many other facilities.

India saw a huge rise in the production of PPE kits, N95 masks and other equipment necessary to fight COVID. PM Modi, in his address to the nation, stated that India became the world’s second largest producer and manufacturer of PPE kits during the lockdown period. Currently, India stands at the third position in the world in the number of coronavirus cases. Leading the table is the United States of America, followed by Brazil. On 20 July 2020, India saw the highest single-day spike in the number of cases. India reported 40,425 cases on 20 July. 681 deaths were also reported on the same day. With this spike, India crossed the 11 lakh mark in the number of cases reported so far.

Way of handling the crisis

The most number of cases in India so far are reported from Maharashtra. Mumbai, the financial capital of the country was affected the most. In the present situation, Maharashtra is witnessing a spike of around 8000 cases every day. The death toll in Maharashtra crossed the 10,000 mark on 15 July 2020 with 62% of deaths from Mumbai alone. Of the total cases in the country, Maharashtra alone holds more than 1/3rd of them. However, the largest slum of Asia, Dharavi miraculously controlled the spread of the disease. No report clarifies how the largest slum stopped the community spread and controlled the virus.

There has been a lot of criticism of the Maharashtra government run by 1 major national party (Congress) in collaboration with 2 major local parties (Shiv Sena NCP). However, after much criticism, the state increased testing and the fatality rate decreased from 4.5% to 4%.

Delhi, the national capital territory was one of the states with the most number of cases. The medical infrastructure in the Capital seemed to collapse and Delhi was being called the Corona capital. In June 2020, Delhi saw the highest spike in the number of cases with approximately 2,200 cases daily. The Deputy Chief Minister, Manish Sisodia predicted that Delhi could reach to more than 5.5 lakh cases by the end of July. Even the Health Minister of Delhi, Satendra Jain reported positive along with MLA Atishi. This brought a sense of fear among the Delhites. The Delhi government passed an order that only the residents of Delhi will be treated in the hospitals run by the Delhi Government. Though, this order was overruled by the LG, Anil Baijal.

The Home Minister of India, Amit Shah interfered in the working of the Delhi government. The Delhi Government, Home Ministry and several other NGOs joined hands to fight COVID. A hospital with 10,000 beds policy was prepared within days. Testing was increased to as much as 20,000 tests per day. The Delhi Government focused mainly on Home Isolation theory. The patients with mild symptoms, who are not serious and can isolate themselves in their own houses were allowed to do so unlike the other states. The fear of being thrown in the quarantine centres vanished from the residents, increasing the number of tests a day.

With the combined efforts of the Home Ministry, Delhi Government, NGOs and many religious organisations, the national capital was successful in turning the curve downwards. The recovery rate increased to more than 80%. The fatality rate decreased to 2.3%. For serious patients, the Delhi Government focused on plasma therapy. It was reported that the person recovered from Covid-19 will develop antibodies against the virus and his plasma can help in fighting the virus. The government initiated the recovered patients to donate plasma. Also, the Delhi Government has set up 2 plasma banks where the recovered patients can donate their plasma 15 days after recovering.

The conditions in the state of Bihar are deteriorating. Many media reports show the failure of the Nitish Kumar-run Bihar Government in the curb to fight COVID. Even the ministers of the state could not escape the virus and 75+ MLAs tested positive for COVID in recent days. The centre has decided to send a team to Bihar and look into the matter. Bihar is locked down again till 31 July 2020.

Along with Bihar, Uttar Pradesh Government has also decided to lock down the state on weekends i.e., Saturday and Sunday. 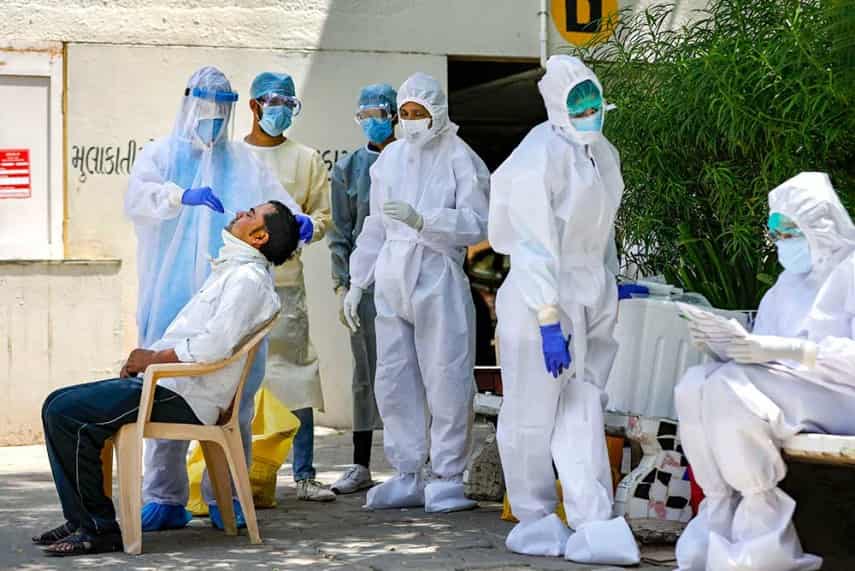 Sawan Aya Hai: Classic Monsoon Songs that you should add to your playlist right away!