The first and one of the most important sessions of 4th Delhi lit fest- how to get published saw some of the best publishers – Debashree Rakshit, Publisher, Harper Collins; Vaishali Marthur, Publisher PenguinIndia; Ajay Mago, Publisher, Om Books International; and, Anuj Bahri, CEO & principla Agent Red Ink, addressing some of the most prominent questions.

Dr. Alexander Evans, the moderator, expressed his surprise on the fact that those who write full time are paid very less as compared to those who post shots on social media.

India is the second largest market for reading books. “Where do we get this huge readership from?” asked Kunal, founder Delhi Book Lovers.

Vaishali revealed target audience is quite young in India, “we are producing lot of commercial fictions and non fiction. Position of publishing has changed as there are many nonconventional mediums such as e-book, social media and so on. This not only attracts readers but also the writers who wish to get published.”

“We as publishers are trying to have a balance in what ppl want and what we would like to educate them on as a publisher,” said Deboshree.

Vaishali, admitted the role of education in taking the readership to another level. “There is a lot of education seeping in and publishing formats are wide, we have it published as shot on social media if it is a short story, or it can be an e-book and of course physical book.

The credit of wide readership also goes to literature coming from smaller towns which is huge and it more readers.”

“Now the trend has changed every writer wants to write for films which attracts wide range of writers.” Said Ajay Mago of Om.

Lit agent- Anuj, shared that young people are reading far more as compared to others, just the system of reading is different, as young generation tend to use iPhone, iPad etc instead of hardcopy. On the role of literary agents, Anuj tells that “flow of writing comes in as river, we (agents) swift out gem, polish and bring it to publisher. It is a good idea to go through an agent.”

Deboshree- “When we get submissions from lit agents, we consider it more as it has been looked over once. Agent is helpful in guiding new writers who have no clue as to where to go.”

“We prefer authors to come to us straight and not through agents.” Says Ajay but Internationally no publishing house accepts a book from author straight.

“A good book will always remain a good book. Agent will spot it.

Invest in translation program, in Europe they translate every single book they have in local language. There is no better reach for lit to creep into country if you could translate,” said Anuj Bahri.

“An Editor is required to strengthen the language.” – Anuj

“I am looking for x factor in book.” – Vaishali.

“When extensive rewrite is required it becomes the voice of an editor and not author. Meet people, be social, have pre launch activities and the cover makes the seller.” – Ajay 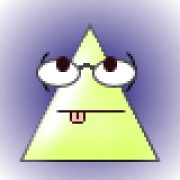 The first day of Delhi Lit Fest summed up