Myths and Facts about left-handed people

Just 10 percent of the population is left-handed. There are many myths about the differences between righties and lefties. Left-handedness can be seen as early as when a baby is in its mother’s womb. But can your dominant hand really determine your health, well-being, and creativity? Does being a leftie really make you special?

The internet is rife with “facts” about what makes left-handed people so special. But how much of this is a myth?

Discover 3 myths and 3 facts about being left-handed.

There are some things that all super creative people have in common; being left-handed isn’t one of them. The link between left-handers and creativity is a longstanding myth. A study found left-handed men tend to think more creatively when problem-solving; however, there was no difference in the thinking between righties and lefties. “When you look at actual creative achievements in one’s lifetime, the evidence is not strong. The whole right brain, the left-brain thing is a bit simplistic in theory, which doesn’t give the theory much weight scientifically.

MYTH: Left-handed people are more likely to be leaders

There’s no scientific evidence that handedness had anything to do with their leadership skills. Some of the basis for those observations between leadership and handedness comes from looking at historical figures. The irony is that there must be something common between these individuals who are elected and successful.

There’s an idea that left-handed people are more intelligent, but that’s not so. Anyone can be intelligent. A study from the 70s examined more than 7,000-grade school children and found no difference in intellectual ability between left-handers and right-handers. The world is not a left-handed-friendly place—utensils, scissors, and other items of daily use are designed for the right-handed person. Left-handed people have to think flexibly and come up with ways to use those tools.

FACT: Lefties have an advantage in many sports

In sports where competitors are faces to face, such as boxing or tennis, left-handers have a distinct advantage. This is mainly due to fact that athletes are more likely to face off against right-handed opponents, so it may be difficult to predict and react to the moves of a left-handed competitor.

FACT: Lefties have their own day

International Left-Handers Day was founded by the Left-Handers Club in 1992 and is held on August 13th. It is an annual event when left-handers everywhere can celebrate their left-handedness and increase public awareness of the advantages and disadvantages of being left-handed. 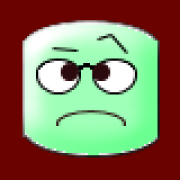 ‘Ignore Game’: How to make him passionately fall for you?