Locusts were recently seen in Jaipur, Gwalior, Amravati and Nagpur

Swarms of locusts have been sighted in the urban areas of Rajasthan in the last few days. Locusts don’t usually come in urban areas. They are more into rural areas where they can get crops to eat. However, the unusual sighting of the locusts in city has raised questions on the change of behavior in swarms of locusts.

Why locusts are seen in urban areas?

Deputy Director of Locust Warning Organization (LWO), K L Gurjar said that because there are no crops in the fields, the swarms of locusts have moved across the states attracted by the green cover. He also said that the locusts were aided by the high-speed wind which helped them to reach Jaipur. Dr Gurjar added that currently there are three to four swarms in Rajasthan, two or three in MP, from where a small group has gone to Maharashtra.

Senior locust forecaster of the UN Food and Agriculture Organization, Keith Cressman believes that “Spring-bred swarms have started moving to Rajasthan from Pakistan. As the current weather is pre-monsoon, the swarms have found dry conditions not friendly so they continued to move east in Rajasthan looking for green vegetation for food and shelter. There they will mature and lay eggs with the onset of monsoon in the coming five weeks.

Now, that we have found that locusts were seen in urban areas because they were looking for food and shelter. This year they have come earlier so, they were not able to get anything to eat in the rural areas as most of the rabi crops have been cut and new crops have not been planted. Now, we need to understand why Locusts made the huge mistake of coming to India before the monsoon.

The reason for early arrival goes back to cyclonic storms in Luban and Mekunu that had struck Yemen and Oman respectively in 2018. These cyclonic storms turned large deserts tracts into lakes. Locusts did breeding in these lakes throughout 2019. Swarm of locusts reached peak population from November 2019. They further increased their numbers in Pakistan and Iran since the start of 2020. Heavy rains in March and April in East Africa enabled further breeding. The huge population which always comes to India during monsoon came earlier because of the large population.

How film industry will resume work amid lockdown relaxation?

Love, Romance and Intimacy in the era of COVID 19 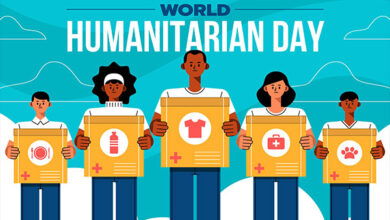