What artists feel about the idea of censoring art?

Recently, there has been a lot of discussion about the Ministry of Information and Broadcasting coming in to regulate the content on the OTT platforms. And during the same time, we came across the case of Munawar Faruqui, a comedian who was put in jail for a joke he never made. Well, Munawan has now been given bail after 2 months of his arrest. And the I & B has started regulating the content by issuing notices to the recent Amazon Prime’s series, Tandav, and Mirzapur. Well, while the government is busy introducing new ways to censor art, we are finding artists to be annoyed by these moves of governments that are taking their freedom to express themselves through art?

We spoke to a few artists asking them about their opinion about the government regulating their freedom to express themselves through art and here is what they said.-

“If you really ask me, it’s unfortunate. No matter how you see it, it’s unfortunate. How do we remember our history? How do we know what historians wrote is authentic but not because of some propaganda by the rulers of their time? We seek the art of that era, the poems, the stories, the plays, and what not? I don’t deny that there shouldn’t be a deciding body, to censor things that shouldn’t be shown to the people. But what shouldn’t be shown to the people isn’t exactly a couple making love, or a harmless joke or anything that is meant to entertain people or put some light on any social. What shouldn’t be shown is something that provokes people towards violence, or anything harmful to people in any potential. However, I don’t see that the case right now.” – Mrinal Mandal, Founder, The Astitva.

Can we afford to have no regulation on the content at all?

While talking to other young and fellow artists who find art as a way to liberate their thoughts and emotions, it is even observed that they think art is just a way of expression and is a personal opinion of the maker. “Stories, paintings, movies… are part of art, not science, they cannot be categorized into right and wrong. It’s a matter of perception & temperament. And a bunch of people can’t set parameters of the amount of temperament, and type of moral values the audience would have. Actually, the censor board is that aunt of a colony who just randomly appears and gives you a life lesson, which you do not want. Now imagine if those lessons are forced on you for implementation.” Rytham Jain, Actor. 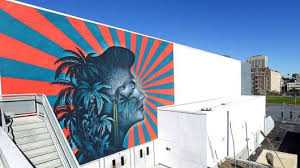 But let’s think it through, can we really allow anyone to say anything and let a huge population get affected by it in the name of artistic liberation? Can that be a logical solution? We all get affected by whatever we see, consciously as well as subconsciously.

So, Is the government’s way of censoring OTT content right? Are they doing it for the right reasons?

To take this argument forward, and going back to what Mrinal, who is a writer and a Lyricist himself who often discusses how the censorship clauses and intolerant attitudes of people appear as a hindrance to his artistic expression, discussed – The concern is can we really trust these bodies who have been censoring the content. Can they ensure that they will only censor the content that is offensive, have they to date censored the content that is really offensive. Do they really follow the guidelines of what is offensive to them? Or, do they feel offended by a joke no one even ever made.

Read more: Why an Australian women Journalist Cheng Lei has been arrested by China

To elaborate upon this, we spoke to Shaily Mishra, who is a budding filmmaker who took the moment to take the emphasize the content that is offensive and still there. ‘Kabir Singh’ to ‘Dabaang’, what can be more offensive but they still exist. And then we have films like ‘Black Friday’ or ‘Fire’ that were censored because of no real reason. Hence, what we can see and fear is the real motive of these boards.

She concluded by saying, “What it appears to be like is that the present system that is taking the responsibility of regulating content is selective about what kind of content should be censored and their motive behind the same is not really to remove offensive content but to use it as a tool for something else. They are just keeping their hands prepared for situations where they would be needing to control the content, either to silence some voices or to spread their message.”

The government should look beyond hashtags to improve India’s image