Hindutva, The Rise of New Religion

HINDUTVA, the birth of a new religion – Recent events have given me a pause for thought. As if times were not trying enough, especially in India, with unemployment, child mortality, shabby public healthcare, an abysmal public education system (barring a few exceptions), rising crime- including that against women, the horrors of Covid and its corollary effects, exacerbating existing economic woes and the list can go on.

To top it all, a rise in intolerant religious beliefs, with some people actually spoiling for a fight with those belonging to different beliefs than theirs.

One thought comes to my mind that people have all but given up hope of even surviving, so why not instigate violence and be done quickly, rather than slowly perish in misery… a very dark thought indeed, which would imply that we have already hit the bottom in happiness index, and have given up all hope about getting a good government, about being optimistic of a better future.

So, with the increase in supposed ‘Hindu’ intolerance, and right wing jingoism, I got very perplexed, because this is perhaps the only religion on Earth which is not a religion, but a amalgam of multi- varied philosophies – right from atheism to idolatry… one which grew with observation, discussion and experimentation, right from Rig Veda period till Shri Adi Shankaracharya and beyond.

This Indian sub continent is the place where new thinking in ‘Hinduism’ gave birth to  Buddhism, Jainism, Sikhism, and perhaps a few more, including the cult of ISKON, which has its own set of beliefs.  This is where Jews established a synagogue before the birth of Christ, and where St. Thomas came and evangalised, though unfortunately he was sacrificed in what became Chennai.

This is the beauty of the philosophies of Hinduism – which allows different religions to coexist, because the basic tenet or the core of the Hindu Philosophy is that – Whatever route or method you so choose to take you to a higher state of existence, either within this life, or subsequent lives, is your chosen personal path, as long as it is not hurting anyone.

You see, Hinduism is based on the theory of Karma and reincarnation.

Read More- Ramrajya – a Fantasy or an attainable Dream?

According to this, we go through thousands of incarnations, from the tiniest insect to reptiles, animals and finally get the human form.  Our deeds (both thoughts and actions) determine our next birth.

Thus, as an example, a soul reaches the human incarnation, but does extremely dastardly deeds, can even become a dung eating worm in the next life, or a balance of ‘good’ and ‘bad’ deeds determines a more or less enjoyable human existence.  A persistence in the good, clearing one’s soul energy and matching it with the Divine – coming into a state of unconditional love for one and all at all levels results in Moksha – the state of permanent bliss – of merger with the one infinite divine – the holy grail for all Hindus.

Even the worship of the multitude of our Gods and Goddesses is intended to give a point of focus to send our prayers to the infinite divine.  So, though we have as they say ‘millions of deities’, they are all alluding to the same one divine.

All our texts from the Vedas down, and the preaching’s of saints like Adi Shankaracharya, Gautam Buddha, Mahaveer (founder of Jainism), Guru Nanak, Kabeer, Mira, Surdas, Tulsidas, Shirdi Sai baba, and many more – have all propagated looking within ourselves to bring about change in our lives.

Some couplets from Kabeer:

(So many people have read hundreds of books and died, however they have not gained true wisdom. If only people read and understood the two and half syllables  – hindi – of LOVE, they would gain all the wisdom in the Universe)

(When I went looking for bad in other people and the World at large, I couldn’t find anything bad.  However, when I started looking within, I found all the bad within)

These were just a couple of couplets from one of my favourite sages to illustrate the basic tenets of Hindu philosophy.

Coming back to the topic, the  rise in so-called Hindu right wing and Hindu intolerance, is actually alien to the ethos of Hinduism.  Thus, for a Hindu to say that people of a certain religion did something to their ancestors a few centuries back, so they need to finish them off, or convert the entire population of India to their perception of what is Hinduism, goes against the very grain of Karmic theory, creating so much bad karma for the bearers of such thoughts and perpetrators of such deeds that, were they truly Hindu, their souls would shiver at the very thought of what they have created.

The recent shameful show at Ram Navmi and then at Hanuman Jayanti are cases in point.  From videos seen (not on mainstream propaganda channels which go under the garb of News Channels), but on youtube, one sees huge instigation being done at different places in India against the Muslims, with filthy slogans, taunting songs, brandishing of weapons, defiling mosques, etc. to incite violence from Muslims.

What was astonishing that these deeds were being perpetrated under the name of Lord Rama, who is called ‘Maryada Purush’ (Ideal Man), a King who sacrificed his own domestic bliss to please his subjects, and Lord Hanuman, the very epitome of Grace… a deity whose operating language is unconditional love, a focus on whom latches one onto the energy of the Laws of Grace and Compassion, and helps one out of adverse situations, as has been personally witnessed by the writer on numerous occasions in his own life.

Any sane ‘Hindu’ would not indulge in such acts (not only these, but unfortunately the list is quite exhaustive…right from the Staines murder in Orissa, the mob lynching in Ghaziabad… to name a few).

Seeing such people garlanded and feted for pulling such stunts really made me perplexed, and ask myself questions – Is this Hinduism?  If so, were the Sages and Masters of yore faffing around? Were the Vedas lying to us?  What is good Karma, and what is bad Karma?….enough questions to make one dizzy at best and go crazy at worst.

Thus, when I saw the news of the Ram Navmi and Hanuman Jayanti happenings, I got my EUREKA moment, and suddenly everything cleared up, like the lifting of a heavy dark smog by torrential rains and strong wind to clear it all.

I realized that like Buddhism, Jainism, and Sikhism (though not in their ilk at all by an infinitely long shot), a new religion or cult of HINDUTVA is in the making.

This cult or religion, has taken a lot of inspiration from the Taliban and ISIS in framing their philosophy, including extreme intolerance, extreme jingoism, extreme boorishness and loutish behavior, complete disregard of the Laws of the Land, mentally reframing the immutable Law of Karma in their minds, assuming their reprehensible actions will somehow give them Moksha, much like the extreme Islamic terrorist thought of going to heaven by killing innocents.

This thought gave me a sigh of relief, as all actions of the adherents of this cult are definitely not within the broader preview of Hinduism as we know it, and quite alien to it in terms of the Law of Karma.

According to this Law of Karma, one takes one’s action in high energy, and does acts to change the energy of hatred and violence to put it simply.  A full explanation would take many pages to attempt to understand it in its entirety, and event hem perhaps we would still be scratching the surface. 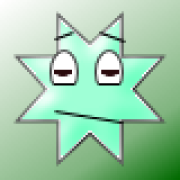 4 Homemade Face Moisturizers to Beat The Heat this Summer

Lifestyle of an IAS officer: You will get a million reasons to work hard for your Dream!