2. The Manly Beach in Sydney.

4. Ocean off the coast of Leucadia, California.

The beaches glowing neon blue colors is a natural phenomena and it is caused due to a type of microalgae that float at the surface of the ocean water called as phytoplankton. The Microalgae emit bright blue light after they get rushed by motions of waves or flouncing of swimming fishes near them.

Here is the scientific explanation to this type of microalgae –
Phytoplankton has channels to allow protons (positively charged subatomic particles) to pass through their bodies. That’s why nearby movements making them alive creating electrical pulses, which trigger chemical reactions.

Have a news story, an interesting write-up or simply a suggestion? Write to us at
info@oneworldnews.in
Tags
cosmo featuredhomeews light emissions nature science water bodies 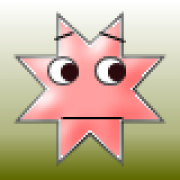 Why you should experience trekking once in life?