Despite a huge anti-incumbency, Nitish Kumar has become the CM of the Bihar for the fourth consecutive term. The fact that a large section was not happy with Nitish Kumar and wanted to see someone else as their CM, can’t be denied. We saw in rallies, how Nitish Kumar was hooted, slogans were raised against him in his own rally, onions were hurled at him. Also, his rallies were not able to garner as many people as other prominent leaders did. Still, banking on the Modi-factor, BJP vote base, Nitish Kumar became the CM as promised by prominent BJP leaders.

There was a reason why people were unhappy with Nitish Kumar. His governance in the last 5 years saw increased crimes, failed health infrastructure (Chamki Bukhar), Muzzafarpur Shelter case, bad coronavirus handling, a large number of unemployed youths account for anti-incumbency. One could observe that he did some appreciable works in his first term by fixing the basic needs like roads, electricity and empowering women by giving them 50 per cent reservations. But in his second and third term, he was not able to repeat his good work. Now, that Nitish Kumar has escaped the anger of the Biharis, he needs to rethink his strategies.

Read more: Akhilesh Yadav might not forge an alliance in the 2022 UP election

5 things that Nitish Kumar needs to do

Nitish Kumar needs to fix the education system in the state as the education in government schools is below average in many areas. Although mid-day meal incentives to students have increased the enrollment of students, the level of education remains poor. The infrastructure is almost there, the NDA government just needs to execute the plans. Teachers should be trained, more eligible teachers should be brought in, so that there could be real education and not just mid-day meal hoax in the schools. There are hardly any technical colleges in the state which ensures a job. Most of the youth have to migrate to other states for graduation and post-graduation education.

“Har Ghar Nal Jal Yojana” has availed pipes and taps in the households but a majority of them are yet to get water. Here too, the CM needs to see where the plan went wrong. Why people continuously complain about the corruption in this flagship scheme to avail water at every household.

Employment could do wonders for Nitish Kumar

In one of his rallies, Nitish Kumar had said that industries don’t come to Bihar because it doesn’t have a sea coast. His critics attacked him saying that how Punjab, Haryana, Delhi have attracted industries and companies? Nitish Kumar needs to seriously rethink his industry tactics and attract companies so that the massive youth force of Bihar can get some kinds of work. Unemployment is a huge problem in the state which needs to be addressed.

Health infrastructure has always been under scrutiny in the state as the number of hospitals and doctors are way too less than the required number. The situation in the state is too bad as people have to travel hundreds of kilometres to get a proper medication apart from fighting the crowd in the hospital.

Capitalism Normalizes Overworking: Overworking is not something you should celebrate

Women on Twitter saying, "I never asked for it". Know more about the campaign #INeverAskForIt 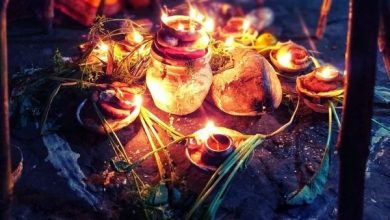