Manipur is on verge of having a major flood if water levels of the nearby rivers do not lessen fast.

The state government has confirmed that the condition is uncertain despite all floodgates of Ithai Barrage left open as a preventive measure.

The officials also confirmed that a boy has been killed by an electric shock at Porompat near the Commando Police Barrack while he was entangled in the flood water.

A fifty-feet-long stretch of the eastern side of the Imphal river bank has been breached; the breached has been further resulted in submerging at least 100 houses, gardens and agricultural fields.

People are in complete fear and many of them have even started dwelling embankments along unsafe areas.

Major areas of valley have already been submerged by overflowing water. 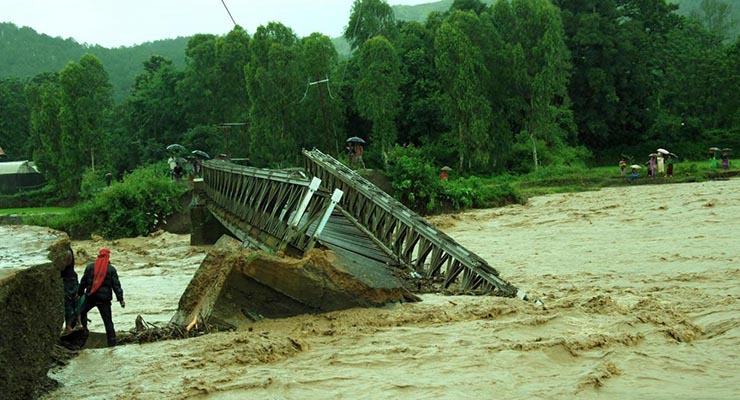 Many people have disapproved of the state government and other concerned departments for not taking up even a single step to outfit the floods.

Have a news story, an interesting write-up or simply a suggestion? Write to us at
info@oneworldnews.in
Tags
featuredhomeews Flood Manipur