Anurag Kashyap is an Indian film writer, director, producer, and a well-known name when it comes to counting people who have brought necessary changes in the contemporary Hindi Cinema. Specifically known for making realistic films, that don’t really have happy endings, his films can always be seen as grey. An open-ended film with no character being either good or bad, dialogues, an action that is all-organic and natural, and dialogues, blunt, and absolutely engaging is how you can define a Kashyap’s Film. That is what we know as Kashyap Style.

Giving all the best wishes to Anurag Kashyap, on his birthday, One World News picks the top 7 films directed by him.

A film giving a strong commentary on the infantile nature of evil, Panch is a cautionary tale. As the title suggests, the film is a story of 5 slackers, revolves around a kidnapping plot. The four of the five slackers planned to kidnap the fifth, Nikhil. Nikhil, being a part of the plot, agrees to get himself kidnapped to extract money out of his rich father. The film switched between good and evil and that’s where it becomes interesting to watch.

The recent release of Kashyap, Choked is one such film that is subtle and with not even a trace of any verbal abuse, which is quite unlikely to find in the Kashyap films. Based on the time of demonetization of Indian currency notes, the film is about a couple, where the woman is a bank employee struggling to pay the bills, secretly finds out a source of seemingly unlimited cash in her home. Both the characters are extremely grey giving audiences, all the reason to think and watch.

Read more: Top 10 Indie Films produced in India that are a Must Watch 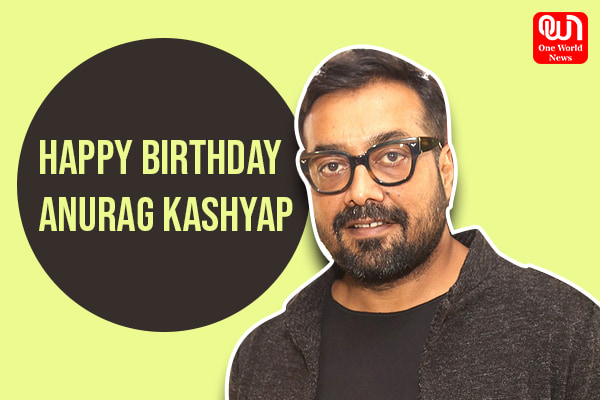 An absolute neo-noir style, casting Nawazuddin Siddiqui, Vicky Kaushal, and debutante Sobhita Dhulipala. came after what Kashyap calls his biggest failure, Bombay Velvet, the film depicts the chase for a serial killer, Ramanna by a corrupt cop, Raghavan. The film has drama film premiered at the 2016 Cannes Film Festival. It is a marvel for multiple reasons, especially for the extremely dark character and dialogues given to Ramanna who only walks onto the blacks of the blacks and white od the chessboard.

Like most of the Kashyap films, crime and thrill are present in Ugly as well. The film is absolutely ugly and mysterious. The plot revolves around a struggling actor who has been searching for his daughter after she goes missing. Later, the girl’s stepfather who is a policeman comes into the picture, and both of then start to accuse each other of the kidnap.

A law student from Rajpur, Dilip gets assaulted and abused by a gang led by Jadhwal. This is how the film starts. To take revenge, he gets embroiled in the dirty world of politics and the whole plot revolves around it. Although there is no Kashyap film that doesn’t have a subtly comment on politics or system, this film is a special mention. Casting Piyush Mishra and Abhimanyu Singh, the film is out and about Kashyap style.

If dark comedy is the thing you want to watch, this must be your first pick. The narration, the gritty and melancholic scenes and looks and the impartial characterization all of it only compliments to add to the beauty of Kashyap’s Black Friday. Based on the event of 1993 Mumbai bomb blast, the film revolves around the massive police force that launches a drive to catch the perpetrators.

“Jab tak duniya me pichar banegi log paagal bante rahenge” Agree or not, Ramadhir Singh nails the whole film with this dialogue. Well, to disagree with this, we have Anurag Kashyap’s films that are redefining the Hindi Cinema completely. This film is what Anurag Kashyap is most known for. The plot is simple and complex at the same time. A complete gangster film, with Manoj Bajpayee clashing with the ruthless, coal-mining kingpin (Tigmanshu Dhulia) who killed his father (played by Jaideep Ahlawat).

Anurag Kashyap is a complete package, of art, talent, and creativity. He is witty, he is unabashed and most importantly, he knows his character and their representation to the society. We take this moment to thank him for making the cinema he has been making.

Bitter is Better: Add ‘Amla Juice’ in your diet for 5 amazing health benefits