The Halla Bol Podcast, weaving anecdotes of the death and life of Safdar Hashmi 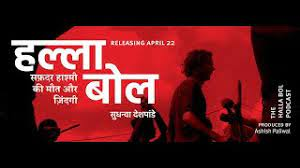 It is of how voices of dissent are silenced for standing up against oppression. It is not really the story of how Safdar death but of his life and how he led to a revolution. This podcast is divided into 19+1 episodes and the fresh episode comes every Tuesday and Friday from April 22 to June 29, 2021.

Who is Safdar Hashmi? 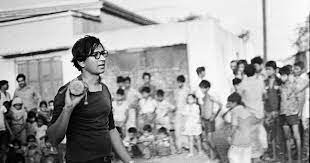 Safdar Hashmi, a name that is often recognized as the pioneer of India’s street theatre movement. He was the convenor of the Jana Natya Manch (Janam) and is credited for great revolutions in people’s understanding of theatre in his time. Safdar Hashmi was attacked in performance on 1 January 1989. He was a writer, poet, painter, artist and activist and is best known for political theatre.

He was a member of  C.P.I. (M). Janam performed several plays under Safdar Hashmi including Gaon Se Shahar Tak, Hatyare & Apharan Bhaichare Ke, Teen Crore, Aurat and DTC ki Dhandhli and making and performance of each of them are talking in the podcast itself.  Also, his birth anniversary, April 12 is observed as National Street Theatre Day in India.

Read More: Beat your Monday Blues with Khudgharz official, a band that has got us hooked on social media

The podcast starts with how Safdar Hashmi died. i.e. the incident of January 1, 1989. From Episode 1- 3 we get to hear a detailed picture of the attack on It was a killing that shocked a nation. In Episode 1, how the Delhi-based theatre group Jana Natya Manch (Janam) and the founder, Safdar Hashmi was attacked by political goons while performing its street play Halla Bol is narrated in detail.

In the second episode, how three of the Janam actors tried escaping injured Safdar and took him to the hospital, and in the third episode is about bidding goodbye to the comrade Safdar, in anger and rage.

From episode 4, we enter into the journey of Safdar Hashmi, as a young actor who enters Janam, stories of his childhood, his achievements, his values, his behaviours, his talents and his ambitions. In episode six, we get to hear about how Saffdar met Mala (Moloyshree) and fall in love with her. In every episode, we get to hear anecdotes from the people who were close to Hashmi and this fact makes the podcast even more organic and worthy of listening.

The reviving of IPTA is also talked about at length. In episode 9, Mala tells about how she used to ask Safdar to write poetry for children and talks about the poem, ‘Kitaben’. In later episodes till now, a brief discussion of what the experience of working with Habib Tanvir was for the members of Janam.

The signature tunes of The Halla Bol podcast

Overall, Halla Bol podcast is the closest take on the life of Safdar Hashmi and the people around him. As we listen to the people who have been with him, the essence of the stories they are telling about Safdar is absolutely organic and heartwarming. And of course, we are looking forward to the episodes yet to come.

Meet Henna Artist Sonali who is an inspiration to many