Man Chops his partner into pieces, another posted a murder video on Instagram. The four gruesome killings in India put a question mark on humanity.

Gruesome killings in India: The national capital woke to a horrific incident where Aftab Amen Poonawalla chopped his live-in partner Shraddha into 35 pieces and dumped her body parts in different areas of Mehrauli forest, South Delhi. As per the police, Aftab killed his girlfriend because she was constantly pressuring him to marry her, leading to a major quarrel between them.

A source said the incident dates back to May 18 when in an argument between the two, Sharadha was yelling and to shush her voice, Aftab pressed her mouth and nose and strangled her to death.

In fear of getting caught, Aftab chopped her body into 35 pieces and bought a fridge to preserve them for the next 18 days. Cleverly, he used to get out of the house at 2 am and kept disposing of the girl’s body parts in Delhi’s Mehrauli forest area.

How did Shradha and Aftab meet?

The live-in couple used to work in a call centre of a multinational company, where they met and fell in love. However, the girl’s family was not happy about her relationship. Therefore, the couple moved to Delhi and started living in a rented house.

Why did the case take five months to uncover?

Shradha used to post her pictures regularly on Facebook, which let her stay connected with her family. But when Shradha stopped updating her feed, her family got suspicious. Her father visited her home, but it was locked, and he immediately filed a missing complaint in Delhi. After a speedy search operation, police finally arrested the accused boyfriend and sent him into 5-day judicial custody.

This incident may have wreaked you to your inner core, but there were times when humans had left their skin and turned into monsters. The three gruesome killings in India put a question mark on humanity.

In the span of 2 months, two women were sacrificed by three people, including a couple in Kerala, who believed that it would provide them with financial gains. In June 2022, one of the victims, Roseline, was promised ₹ ten lakhs for a role in a blue film. She knew one of the murderers earlier, who approached her with the offer. When she turned up at the location, she was tied to a bed, which appeared to be part of her role. After that, as per the sources, Laila and Bhagaval Singh, the accused couple, stabbed Rosalin in her private part and then slit her throat. All of these directions were given by the self-proclaimed Tantrik Muhammad Shafi. Singh cut off Rosaline’s breasts and stored them.

The three psychopaths reportedly continued their barbarity by cooking some of the body parts and consuming them.

Soon after, Shafi comes up with the idea of one sacrifice to complete the ritual. In august 2022, another victim named Padma was framed and promised ₹15000 for sex work by Shafi. Padma was strangled with a plastic rope, and the same practice was followed. Her body was chopped into 56 parts.

Man killed girlfriend over cheating and posted a video on Instagram.

“Bewafai Nhi Karne ka”- These were the words of a man who allegedly killed his 22-year-old girlfriend and filmed his gruesome act before posting it on Instagram.

In the video, a woman identified as Shilpa Mishra, a resident of the Kundam area of Jabalpur district, was lying in a pool of blood at a resort. The accused is seen lifting the bed sheet covering the deceased woman’s face and telling her not to betray him, said the officials. The accused, in another clip, claims that he is a resident of Patan in Jabalpur and confesses to killing the woman he said.

“The accused also claimed that the woman was having an affair with his business partner, and she took ₹10 lakh to ₹12 lakh and came to Jabalpur, where he killed her at the behest of the business partner”, said the police.

In 1995, Youth Congress leader Sushil Sharma was accused of killing his wife, Naina Sharma and dumping her body in the tandoor of a 5-star hotel. The second autopsy report revealed that the victim was shot dead before charring her in tandoor by her husband.

Sushil suspected that Naina was having an extramarital affair, and he executed a heinous crime in a fit of anger. Sharma chopped her body into pieces and stuffed it in a ‘tandoor’ on the roof of a popular restaurant, which his friend managed.

The police patrolling the area reached the spot after seeing smoke from the tandoor. They found Naina Sahni’s dismembered and half-burnt body. Sushil Sharma had gone missing but was arrested within a week.

A trial court and then the High Court ruled that Sushil Sharma should hang, but the Apex Court commuted the sentence, observing, “It is not a crime against society but a crime committed due to a strained relationship with his wife.”

These gruesome killings in India were certainly a question mark on humanity, where people killed another person and tried to hide the crime most disgustingly. What shocked us the most is that these people live in our society in the most civilised manner, and sometimes they are known faces. 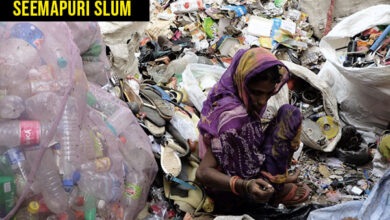