Good news of the week from the KhushKhabri series

From Cheetah reintroduction Project to Vinesh Phogat historic win at World Wrestling Championship, here are 7 good news of the week from the Khush Khabri series.

The Cheetah reintroduction Project, which aims to restore the population of Cheetahs in the country, will formally take off today in the presence of Prime Minister Narendra Modi.

The first batch of 8 Cheetahs has been translocated in a cargo flight, Boeing-717. They will soon be released in Madhya Pradesh’s Kuno National Park.

Indian wrestler Vinesh Phogat beat Sweden’s Jonna Malmgren to clinch a bronze medal in the 53kg category at the World Wrestling Championships 2022 and India’s 1st medal in this edition of the tournament.

This is Vinesh’s 2nd medal at the Worlds, and she is the only Indian who has achieved this feat. Earlier, Vinesh had won a bronze medal at the 2019 world championships.

Indian long jumper Jeswin Aldrin has made the nation proud by winning gold in the 3rd golden fry series athletics meet at Schaan in Liechtenstein. He achieved this feat with an 8.12m jump.

For the 1st time, he jumped more than 8m outside India. Previously he had won gold in the federation cup.

Project Mumbai-Turning Mumbai into the Kindness capital of India

Project Mumbai is the brainchild of Shishir Joshi, a public-private-people partnership initiative. The project functions on a unique take on volunteerism by creating solutions in different realms of environment, healthcare, governance, nutrition, education, and so on.

The idea is to make Mumbai a better place and rebuild the concept of ownership among every resident.

Now, Project Mumbai will torch the Mumbai Gives initiative as a call to join them in the act of “Giving and Kindness”.

According to the Home Minister, 79 of the 3,484 posts for armed police constables will be reserved for men of the third gender.

In a “first” for the Karnataka Government, 11 out of these reserved posts would be filled in by candidates from Kalyan-Karnataka. At the same time, the remaining 68 would accommodate candidates from different parts of the state.

Read More- Mangalsutra Chains Every Woman Must Own

It has been clarified by officials at the home department that there are no specifics such as “male or female transgender”, and the reservation quota applies equally to everyone identifying as transgender.

A video of #Bengaluru surgeon, Dr Govind Nandakumar, who was stuck in the city’s traffic, left his car on the road and ran nearly 3 kilometers to the hospital to perform a surgery is going viral#nammabengaluru pic.twitter.com/HnUtliW9VE

On August 30, Dr Govind Nandakumar, a Gastroenterology Surgeon, was on his way to Manipal Hospital, Sarjapur, to perform an emergency laparoscopic gallbladder surgery. However, he got stuck in traffic at the last stretch.

As the traffic pile-up showed no signs of abating, he left the car with the driver and ran to the hospital.

Nandakumar had run for about 3 km to reach the hospital and performed surgery on the patient.

Users can use the ticket on regional and local trains, trams, subways, and buses across the country. Based on calculations by the Association of German Transport Companies (VDV), it has reduced CO2 emissions by 1.8 million tonnes.

Based on a federation survey conducted on 6,000 people per week since June, 10% of users claim to refrain from using their cars on at least 1 weekly journey.

Any more good news in your views? Do share it with us.

Liked this post? Register at One World News to never miss out on videos, celeb interviews, and best reads.

What is Mangal Dosha? 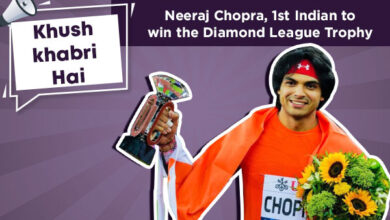