The good news of the week from the KhushKhabri series

From iPhone 14 to be manufactured in India to Suella Braverman, an Indian origin appointed as the UK’s new Home Secretary, here is the 6 Good news of the week from the KhushKhabri series.

Of the four models launched by Apple, the company will start manufacturing the iPhone 14 in the next two or three months. It is touted as the country’s fastest ever local production start, boosting the make-in-India initiative. Since its launch, Apple has gradually reduced the India production lag of new iPhone models. It went from 10 -12 months to 6 months for its last flagship model, the iPhone 13. The move is also a part of the company’s strategy to set up a new Global production hub to lower its Reliance on China.

This is a landmark step toward decolonising India in true spirit and giving our culture & heroes their due recognition. (1/3) pic.twitter.com/9M4TvJ8TFL

Bringing immense joy to the nation Neeraj Chopra became the 1st Indian to clinch the Diamond Trophy in the finale of the Diamond League series in men’s javelin. With his 88.44m throw, he achieved this feat.

Good news: India overtakes China in creating new unicorns in the first half of 2022

India’s start-up ecosystem has created the second-highest number of unicorns, i.e., 14 unicorns in the first half of 2022, compared to 10 by China, according to the latest Hurun Global Unicorn Index.

Khush Khabri: The US issued 82,000 student visas to Indians in 2022, higher than any country globally

Indian students comprise nearly 20% of all international students studying in the US. The Open Doors report in 2021 shows 1,67,582 students from India in the 2020-2021 academic year.

From May to August, the United States embassy in New Delhi and the consulates in Hyderabad, Chennai, Kolkata, and Mumbai prioritized processing student visa applications to ensure that as many qualified students could attend their programs in time for the scheduled start dates as possible.

Suella Braverman, of Indian origin, was named the Home Secretary by newly-appointed Prime Minister Liz Truss. According to the BBC, Braverman will be tasked with projects such as the government’s plan to send asylum seekers to Rwanda, which has faced legal challenges. 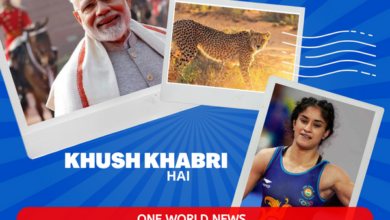 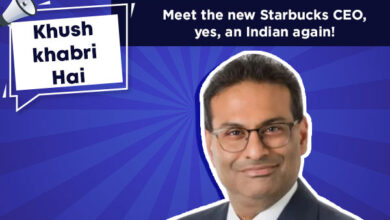