Good Friday commemorates the death of Jesus on Calvary, the site just outside the walls of Jerusalem where Jesus was crucified. It falls on the Friday before Easter, for 2022, that is, April 15. However, many of us are still unaware of the significance of the day. Therefore, let us know what was so good about this FRIDAY. 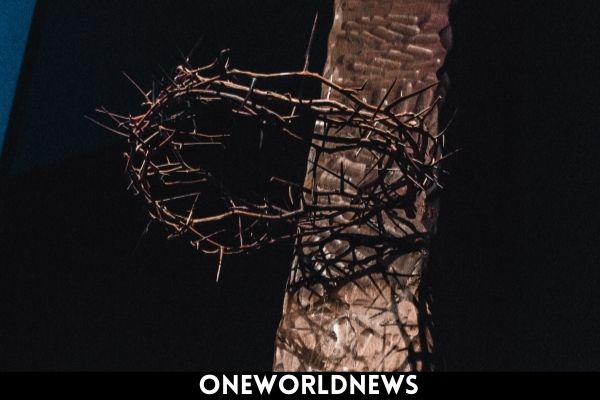 Good Friday is a religious holiday observed annually by Christians to commemorate the crucifixion of Jesus Christ. Its actual date varies from year to year as it is based on the Jewish Passover. As the date of Passover is dependent on the Jewish lunisolar calendar, Good Friday falls between March 20 and April 23 each year. Easter, which celebrates Jesus Christ’s resurrection following his crucifixion, always falls on a Sunday two days later.

The bible says Jesus shared a Passover meal with his apostles at his last supper, according to the New Testament. This was when the washing of the feet took place and when Jesus first presented the Christian rite of the Eucharist that is now practiced as Holy Communion. Christians celebrate this day as Maundy or Holy Thursday.

It is believed that his disciple Judas betrayed Jesus. Shortly after the last supper, he was arrested by temple guards in the garden of Gethsemane and crucified by Pontius Pilate over accusations that he claimed to be the son of God through Christians. However, now they do believe Jesus is the son of god and their messiah, the high priests and people of his time believed.

This blasphemy deserved sentence scholars have estimated that the crucifixion took place on a Friday in the year 33 AD and Jesus remained on the cross from 9 am to 3 pm. The whole of his sentencing and suffering is known as the passion of Christ.

How Do People Observe fast?

Good Friday is part of the 3 days in the Easter Triduum, a liturgical period that incorporates Holy Saturday and Easter Sunday. Roman Catholic tradition attaches particular importance to it.

Catholics will only consume one big meal and two small meals while refraining from meat when it comes to food. They also may perform prayers or acts of reparation, devotions to the station of the cross in the name of passion and tend prayer services. On the other hand, a complete fast during these holy and great Fridays is observed in the eastern or byzantine tradition. Meanwhile, a 3-hour service commemorating the passion may be held in Anglican Lutheran and eastern orthodox churches.

Not just a holiday, it is a HOLY DAY

Many countries with Christian backgrounds have made Good Friday a public holiday. With several highly catholic countries holding Good Friday processions, devotees sometimes travel to Rome to share in the pope’s prayers. The day after Good Friday is the last day of Holy Week, Holy Saturday. It marks the end of Lent, a time for fasting, self-denial, and the repentance of sins. It also symbolizes the period between Jesus’ death, when Joseph of Arimathea wrapped his body and laid it to rest in a tomb and his resurrection. On Easter Sunday, it was only the next day those female visitors discovered his empty tomb and that he had risen from the dead.

Now, you know all about Good Friday, how are you planning to celebrate the day?