An eventful week consisting of a tragedy and the good news

A portion of the Nanda Devi glacier broke off in Chamoli district of Uttarakhand on Sunday and triggered an avalanche and flooding in the Rishi Ganga, Dhauli Ganga, and Alaknanda rivers that swept away homes and washed away hydroelectric stations. The incident has claimed 34 lives so far and around 160 people are feared missing.

Two power projects Rishi Ganga Hydel Project and NTPC’s Tapovan-Vishnugad hydel project were extensively damaged, with many labourers getting trapped in tunnels as the waters came rushing in. ITBP personnel and NDRF teams were called in for the rescue work.

Uttarakhand CM Trivendra Singh Rawat announced Rs 4 lakh compensation for the families of those who were killed in the disaster. Prime Minister Narendra Modi also approved ex gratia of Rs 2 lakh for the kin of the deceased. IMD (Indian Meteorological Department) informed after the tragedy that there won’t be any rainfall in the region for the next two days.

Rescue efforts were focussed on extracting 30 to 35 workers who were trapped in a tunnel of the Tapovan-Vishnugad hydel project on the Dhauli Ganga river. Some of them were rescued by the time we are writing this news, while some are still trapped.

Read more: Stereotypes around farmers that have been shattered during the farm protests 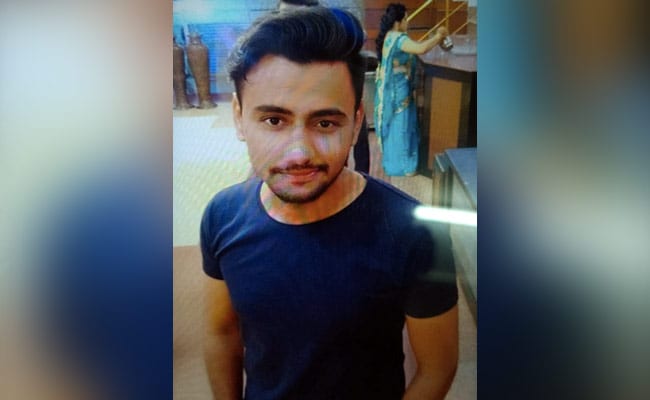 A 25-year-old Delhi resident died due to stabbing injuries in Mangolpuri area of New Delhi after a quarrel at a birthday party. The incident took place on Wednesday night after the five accused allegedly got involved in an argument with Rinku Sharma, also known as Rohit Sharma, over their restaurant, which was shut due to business losses.

The police arrested four of the five accused Mehtab, Nashruddin, Tajuddin, Islam and Jahid. The fifth person was taken into police custody on Friday. The accused had gone to the victim’s house on the day of the incident after the birthday party and stabbed Rinku with a knife. Sharma was rushed to the hospital, where he succumbed to injuries.

Rinku’s family have claimed that the altercation began about a rally he had organized last year to get funds for the construction of Ram temple in Ayodhya. The family claimed that Rinku Sharma was associated with Rashtriya Swayamsevak Sangh  (RSS) and Bhartiya Janata Party (BJP). Her mother claimed that his son was shouting the slogan when he was stabbed. She also said that around 30 to 40 people came with lathi and knives.

A case of conspicuous discrepancy in Coronavirus testing data has been found in Bihar. As per the investigation conducted by a leading English daily, three Primary Health Centres (PHC) in Jamui, Bihar tested 588 people for Covid-19 over three days last month and all of them were negative. The data of these people including their name, contact number and age were sent to Patna along with the data from other districts to map the coronavirus curve of the state.

The investigation team of the English newspaper then visited PHCs in Sheikhpura, Patna and Jamui to access their testing record for January 16, 18 and 25. They tracked down 588 entries at the three PHCs for these three days and found out that contact numbers were fudged and entries were made with fake names.

They tracked down 230 entries in Barhat Jamui and found that only 12 entries were confirmed tested. Only 43 of the 208 entries at Sikandara PHC were verified and 65 of the 150 were verified in Jamui Sadar. They found that mobile number that was given against entries of 14 people and another 11 entries for January 16 was invalid. Similarly, the mobile number of 16 entries could not be verified in Sikandara.

Defence Minister of India Rajnath Singh spoke in the Rajya Sabha on Thursday and gave key details regarding the disengagement agreement between China and India. The agreement came in the backdrop of the months-long stand-off between soldiers of India and China across the Line of Actual Control at the Ladakh border which started in April-May 2020.

Agreement for disagreement came for both the South and North bank of the Pangong Tso lake in Ladakh. Pangong Tso lake is one of the sites of the standoff, where the north bank has 8 fingers of mountains. While India claims its territory till 8th finger, China claims that it is limited to finger 3.

The implementation of disengagement started on Wednesday in the North Bank and South Bank of the Pangong Tso lake. The tanks have started to move, and soldiers have also started to get back to maintain the status quo of April 2020.

Stereotypes around farmers that have been shattered during the farm protests

Is Delhi the 'crime capital' of the country?