Foreign Minister Sushma Swaraj was admitted to the country’s premier All India Institutes of Medical Sciences. As per sources from AIIMS, she was admitted to the old private ward of Pulmonary Medicine Department around 5 PM on Monday, when she complained about congestion and high fever. 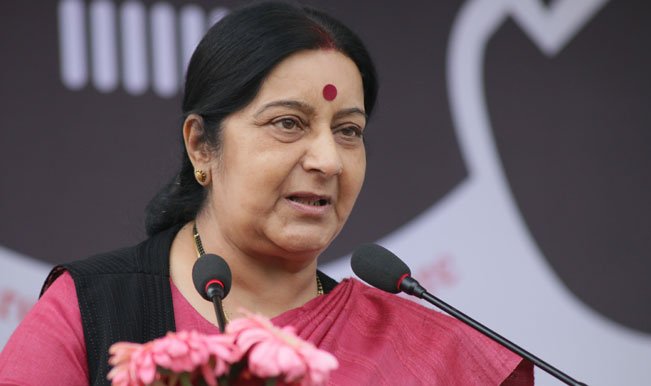 She was taken to the AIIMS due to chest pain. Around 10 PM, 64 year old Swaraj was shifted to the Cardio Neuro Centre of the hospital.But now according to the latest update the minister is out of danger and her condition is reported to be stable.

She was supposed to meet to Aizaz Chaudhry but due to her health condition, she was not able to meet him. Notably, today the bilateral talk held between both the nations in New Delhi, in which Jammu and Kashmir remained the main concern.

India and Pakistan’s FS talk about Jammu and Kashmir