Yes, that’s right finally wait is over Indian boy Sonu who was kidnapped six years ago from India is back to his country. After spending six years in Bangladesh, Sonu is twelve now. Indian Embassy officials took Sonu’s custody in Bangladesh and brought him back to Delhi on Thursday.

According to the latest reports he is scheduled to meet External Affairs Minister Sushma Swaraj later in the day. Sushma Swaraj who paid her greatest attention towards the sensitive issue earlier tweeted “Sonu, who was kidnapped from Delhi was found in a shelter home in Bangladesh. We matched the DNA with his mother. 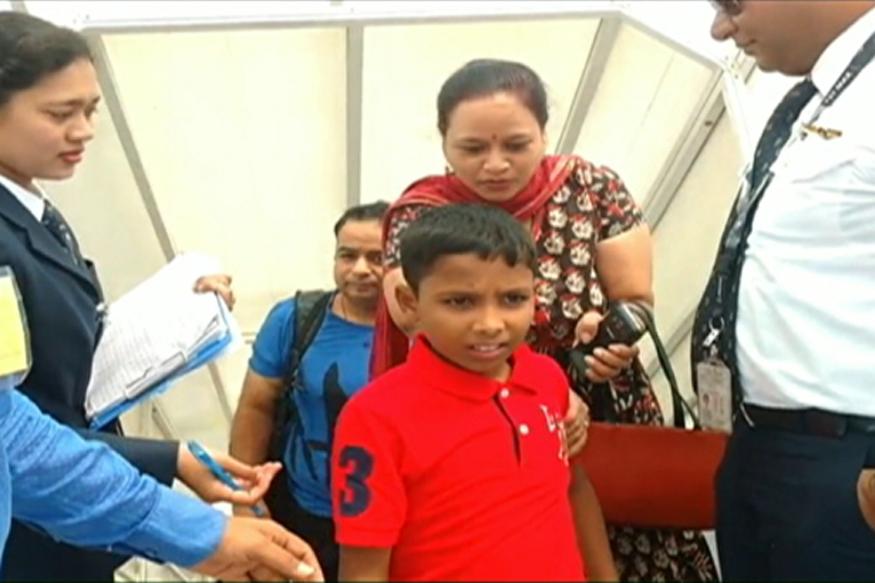 Boy brought back to India

The test is positive.”

As per reports, Sonu was staying at a child rehabilitation centre in Jessore. He had gone missing from Delhi in 2010 and a man from Jessore recently contacted his family and gave details about the whereabouts of the boy.

A senior official of the Indian high commission in Dhaka then went to Jessore in May to meet Sonu on the directive of Minister Swaraj.

Details of how the boy had gone missing are not yet known.

Have a news story, an interesting write-up or simply a suggestion? Write to us at
info@oneworldnews.in
Tags
Bangladesh featuredhomeews India

Exploded surface-to-air missile is a success!