Today, men dominate the Indian cinema. At the same time, women are also giving them equal competition, whether it is in terms of acting or other Bollywood-related work like direction, scriptwriter, etc. But, there was a time, when apart from actresses, the participation of women in other works was negligible. In such a situation, Fatma Begum broke this notion. She made her valuable contribution to Indian cinema. Apart from acting in films, she also showed her strength as a director and writer. During that time she worked with many big names of Indian cinema. After her entry, the avenues of the film industry were easily opened for other women as well. Today Fatma Begum is remembered as the first female director of Indian cinema. 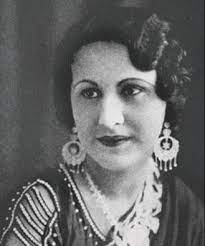 How did she become the first female director of Indian cinema?

Fatma Begum was born in 1892 in a Muslim family. She wanted to make a career in Indian cinema. This dream of Fatma was not easy, because at that time women in the Bollywood industry could only make their career as an actress. Apart from this, men dominated in these types of works in the industry. But, Fatma did not lose courage. She initially showed her ability at Urdu forums.

Fatma was the mother of three children. Among them are the names of superstars Zubeida, Sultana, and Shehzadi. Despite this, Fatma raised her children with great responsibility and herself continued on the path of progress. Well, Fatma, who started her career with drama platforms, soon rose to fame. After this, she entered the Indian cinema world with the film ‘Veer Abhimanyu’ in 1922. Ardeshir Irani was the producer of this silent film. With this, she had registered her name in history as the first female director of Bollywood.

How did she get success from the film ‘Bulbul-e-Paristan’?

She started her own film company in 1926. The name of this company was named Fatma Films. Two years later, in 1928, Fatima changed the name of this company to ‘Victoria Fatma Films’. After forming the company, she directed 7 consecutive films in a span of three years. She directed the films Bulbul-e-Paristan, Devi of Love (1927) in 1926, Heer Ranjha in 1928, Chandravali. At the same time, in 1929, she worked in good films like Shakuntala, Milan, Kanaktara, Bhagya ki Devi. Bulbul-e-Paristan proved to be the most famous film directed by her. From there her career got a flight. After this, she made a different identity in the Indian cinema world. Special effects used in foreign technology were used in this film. It was a big-budget movie. If the data is to be believed, many lakhs of rupees were spent in making this film.

How her valuable contribution to Bollywood gave motivation to other female directors in the Indian film industry?

Fatma Begum did not limit herself to directing only, but she also wrote scripts for many films. Not only this, but she also achieved a high position in acting. Apart from the Victoria Fatma Films banner, she also directed some films under the banners of Kohinoor and Imperial Studios. Her directed film was also very successful in Indian cinema and was also well-liked among the audience. Fatma Begum worked in her last film ‘Duniya Kya Kehgi’. After this, she said goodbye to the Indian cinema world of her own free will. In her 16-year film career, she also worked with famous filmmakers like Ardeshir Irani and Nanu Bhai.

How her rich legacy and brilliant directorial films is a real gem of the Film Industry?

In 1983, at the age of 90, Fatima Begum said goodbye to this world. A powerful and skilled woman of India has left the world but, even today, she is remembered because of the valuable contribution made by Fatima Begum to the Indian cinema world. Today Fatma Begum may not be present in our midst, but only after her passion and courage, another way was found for women in the Indian cinema world. She is an inspiration to all Indian women.