Experts are worried about Farmers’ Protest amid COVID: But is the farmer’s plight worthy of ignoring?

Despite the Covid lockdown, hundreds of farmers gathered at the toll plazas in Haryana’s Karnal and Panipat before departing in a convoy towards Delhi in preparation for the May 26 demonstration. Farmers have decided to mark the 26th of May as “Black Day” to commemorate six months since they began protesting against agri-laws at Delhi’s borders.

Till now, 11 rounds of talks have been made between the protesting unions and government and no conclusion has come to date about the three Agri bills that were passed undemocratic manner amid a pandemic. Now the questions are, are the farmers’ protests resuming in full numbers? Is it a gathering amid the lockdown, not a superspreader? And, why is the government not sorting out to give a solution for the issue? 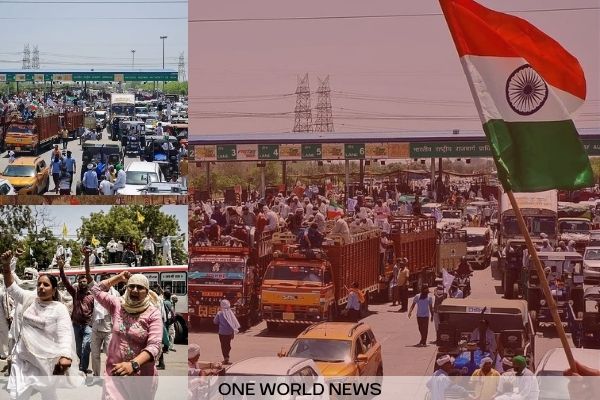 As per Live Mint’s report, the Samyukta Kisan Morcha had written to the Prime Minister on 22 May, requesting a restart of farmer discussions. This letter says “Any democratic government would have repealed the three laws that have been rejected by the farmers in whose name these were enacted, and seized the opportunity to provide a legal guarantee of MSP to all farmers,”.

12 opposition parties extend their support to Samyukta Kisan Morcha (SKM) call to observe a countrywide protest day on May 26 marking the completion of six months of farmers protest against new farm laws. pic.twitter.com/YY70OpBU2a

Aam Aadmi Party extends support to call given by Samyukt Kisan Morcha to observe a countrywide protest on 26May marking completion of 6months of their aandolan.
We urge Centre to immediately resume talks with farmers and accede to their demands. AAP stands firmly with the farmers

Well, if the governments were criticized for allowing Kumbh Mela and election rallies, why so should the Kejriwal government be, for allowing a gathering amid the lockdown.

A conundrum: Farmers’ Protest amid COVID

Ever since the peak of the second wave on May 6, an average of more than 2 lakh cases are being added each day. With experts predicting the occurrence of an inevitable third wave, the conditions are expected to get worse than ever. And after knowing something, and knowing the plight of the farmers in India, the situation has created a conundrum questioning the rightfulness of a gathering amid the pandemic.

People are dying and this fact is not changing

Protests by Farmers during this calamity are just as irresponsible as Kumbh Mela or election rallies were. Opposition parties backing them playing with lives. Anything that encourages mass gatherings at this time is an affront to health workers and those who have lost loved ones

If anything can be irresponsible at this point in time is stepping out from the houses, especially without precautions and in huge numbers. And this irresponsible behaviour is not only risking one’s own life but the lives of many. It will be a risk to the already acute resources to fight covid, a burden for already burdened front line workers and whatnot. But iEA For how long are they being expected to live in uncertainty, fighting against laws that are not democratic for them?