History of Music Band & Famous music bands of all time

“If you play music with passion and love and honesty, then it will nourish your soul, heal your wounds and make your life worth living. Music is its own reward.”~ Sting

It can never be disputed that music is the soul’s medicine. Music has the power to move the world. In fact, this has been witnessed by the world many times. From ancient times, music has been given significant importance, and rightfully so. Through centuries, there have been many ingenious musicians, bands, singers, etc. There have been many, known to leave the audience awed with their immense talent. Here is a list of famous music bands of all time.

Although the first music band was formed in 1917, it was only during the late twentieth century, that bands started gaining popularity. The tradition of bands started mainly in the west with the emergence of the rock and roll age in the mid-1950s. It was an era of rebellion and freedom. People from these areas had absolutely let loose their inhibitions and just enjoyed rebelling against the previous strict norms.

It was during these times that the tradition of famous music bands started. It has only gained more popularity in the times since. In the last 50 years or so, the world has seen some of the most powerful and popular music bands. Here is a list of such bands: 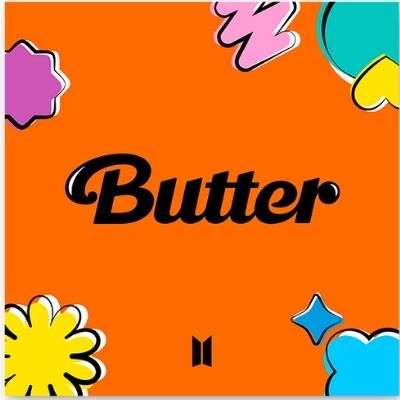 There’s no denying the fact that BTS are the most popular band of these times. The seven-member band features Jin, Suga, J-Hope, RM, Jimin, V, and Jungkook. The band was formed in 2013, under the South Korean entertainment company, BigHit.

Since then the band has given many hits back to back. Their lyrics, often focused on personal and social commentary, touch on the themes of mental health, troubles of school-age youth and coming of age, loss, the journey towards loving oneself, and individualism. Their work also often references literature and psychological concepts and includes an alternative universe storyline.

These Princes of Pop, are described as “easily the biggest and most successful name in K-pop in the world” that can “do things no other name in their genre can”. With a massive fan following who call themselves ARMY, BTS has broken many records. The group’s influence has led them to address the United Nations at their 73rd General Assembly.

Queen is probably an all-time favourite of rock lovers all over the world. This British band had four members: Freddie Mercury (lead vocals, piano), Brian May (guitar, vocals), Roger Taylor (drums, vocals) and John Deacon (bass). Their earliest works were influenced by progressive rock, hard rock and heavy metal, but the band gradually ventured into more conventional and radio-friendly works by incorporating further styles, such as arena rock and pop-rock.

It was the Queen that gave the popular sports anthem  “We Will Rock You” and “We Are the Champions”. Queen has been a global presence in popular culture for more than four decades. Evergreen music was the forte of the Queen.

Recently, a movie was made on the life of the lead Freddie Mercury by the name of Bohemian Rhapsody, which is another of Queen’s famous songs. The movie starred Rami Malek. The movie is also available on Amazon Prime Video.

Blackpink is another of Korea’s famous bands that have shaken the world with their talent. It debuted in the year 2016 under the company YG Entertainment. The group consists of members Jisoo, Jennie, Rosé and Lisa. Blackpink is the highest-charting female Korean act on the Billboard Hot 100. They are the first music group and Korean act to have four music videos accumulate one billion views each on YouTube; the most-subscribed music act on the platform; and the most-followed girl group on Spotify, with over 20 million followers as of March 2021.

Blackpink was cited by Rolling Stone as an exception to the stereotype that most successful K-pop acts in the United States are boy groups. They have given world hits like ‘Boombayah’ and ‘Dudu du du’.

One Direction, often shortened to 1D, are an English-Irish pop boy band formed in London, England in 2010. The group is composed of Niall Horan, Liam Payne, Harry Styles and Louis Tomlinson; former member Zayn Malik left the group in March 2015.

The band was first seen on the popular British televised singing competition The X Factor in 2010. At first, they all auditioned as solo performances, but later, were put in a group of five. From then on began a journey that made them one of the biggest bands in the world. It was revealed that the group would be going on hiatus in 2016.

It should be noted that the famous singer Zayn Malik left the band in 2015.

The Beatles, whose best-known line-up comprised John Lennon, Paul McCartney, George Harrison and Ringo Starr, are regarded as the most influential band of all time. They were at the pinnacle of their success in the 1960s. As pioneers in recording, songwriting and artistic presentation, the Beatles revolutionised many aspects of the music industry and were often publicised as leaders of the era’s youth and sociocultural movements.

The band received many accolades, including seven Grammy Awards. Former Rolling Stone associate editor Robert Greenfield compared the Beatles to Picasso, as “artists who broke through the constraints of their time period to come up with something that was unique and original … [I]n the form of popular music, no one will ever be more revolutionary, more creative and more distinctive …”

The Beatles changed the way people listened to popular music and experienced its role in their lives. From what began as the Beatlemania fad, the group’s popularity grew into what was seen as an embodiment of sociocultural movements of the decade.

Women in News : Anshu Malik to Sarita Mor, women who made us proud!

Best Skincare Products for Oily Skin in The Philippines