From loudspeaker row to AAP-BJP political tussle here is fool proof information of 3 fake news of the week.

Another week, another set of fake news from the series of Kisne Feka. From loudspeaker row to AAP-BJP political tussle here are fool proof information of 3 fake news of the week.

Kisne Feka: A video of people beating several youths for playing DJ goes viral on social media. In the viral video, some Muslim people wearing skull caps can severely beat several youngsters standing on a mini truck with a sound system (DJ). According to the video, Muslims beat Hindu youths for playing Hanuman Chalisa in front of the mosque. This comes after India witnessed clashes between two religious groups over the Loudspeaker ban and the Ram Navami celebrations.

Read More- Microplastics Found In The Human Blood. What Does That Mean?

Foolproof: The viral claim is false. Bangladesh YouTube news channel  No 1 News BD presents a video report from May 5, 2022. In Bangladesh, some youths were beaten up by members of Tauhidi Janata Group on the occasion of Eid for playing loud music on speakers. Playing loud music is a punishable offense under the Road Transport Act. Laxmipur police arrested 138 teenagers for playing loud music and dancing indecently in Ramganj and Kamalnagar. The mobile court fined Bangladesh. Nine pickup drivers, 21,500 takas. The reports did not mention any Hindu youths.

Kisne feka: A video of a Muslim man brutally thrashed by a mob in the middle of the road is doing rounds on social media. In the video, the man is being bullied by another man with a group of onlookers standing by. The video shows the man sobbing and wiping his mouth with blood while another man thrashes and slaps him. Several parked cars in the background while the incident took place under an overpass bridge. While sharing this video, people on social media claimed that the viral video was of Delhi, where Hindu extremists brutally thrashed a Muslim man.

Foolproof: The viral claim is misleading. According to Times of India report, R Sathiyasundaram, DCP Shahdara, told the media, “The 13-year-old victim’s parents had lodged a police complaint on May 7 alleging that Khan had been following her for a few days and molested her while she would go for tuition. Her parents went with her to the tuition class when she told them about this.

The parents were standing at some distance from the girl. When the accused came and started misbehaving with the minor. She signaled her parents. The parents caught the man when he tried to leave and attacked him. The locals later joined in and beat him up”.

AAP Mohalla clinic is a hoax!

Kisne Feka Several BJP leaders, including BJP MP Manoj Tiwari, Pravesh Saheb Singh, and Dr. Nishikant Dubey, shared a photo of a heap of garbage below a hoarding of Aam Aadmi Mohalla Clinic, Niti Vihar, Kirari, Delhi, on social media. It’s being claimed that the Mohalla clinic built by Arvind Kejriwal in Niti Vihar does not exist in reality.

Foolproof: The viral claim is false. BJP MP Parvesh Singh’s tweet was called fake by Twitter user Shaleen. An image of the same area is shown in a video he shared. In the video, a man identified as Ravinder Bharadwaj, Municipal councillor of Aman Vihar ward 41, shows that the hoarding was placed on the roadside just a few meters away from the Mohalla clinic. Bharadwaj mentioned in the video that the clinic is about 50 meters away from the signboard.

Parvesh Singh was also called out for sharing fake news by the Aam Aadmi Party’s official Twitter account. A jibe was also taken at BJP, as they described the viral picture as the party’s failure. It is to be noted that MCD Delhi has been under BJP control for the last 15 years. After the controversy, the hoarding was removed. 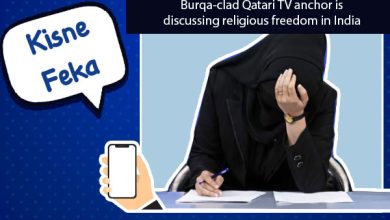 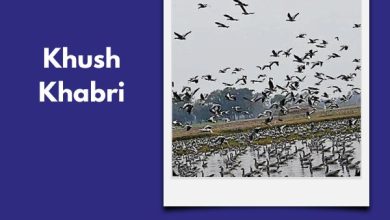 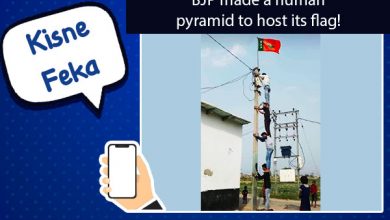