From fake news around the Uttar Pradesh Mid-Day scheme to misleading claims made by BJP leaders, we brought you the top 7 fake news circulated on social media last week. Check it out now.

High Commission of India in Windhoek, Namibia tweets the visual of the Indian aircraft which has reached Namibia to receive cheetahs to be brought to Madhya Pradesh's Kuno National Park. PM Narendra Modi will be present in the park on Sept 17 for the reintroduction. pic.twitter.com/jl3Rk4bigS

Fake news: An image of an aircraft with a specially painted animal print has gone viral on social media. The image is viral in the context of the 8 cheetahs being brought in a special cargo Boeing flight from Namibia.

Foolproof: The viral claim is false. In an article from Daily Mail, published on July 3, 2015, the face of an Amur tiger was printed on the front of a Transaero Boeing 747-400 aircraft. The plane is entitled ‘Tiger Flight’, the project aimed to bring attention to tiger conservation efforts. The paint was done for the ‘Caring for Tigers Together’ project. The Indian government is not mentioned in the listing.

Kisne feka: Social media buzzes with a video of Union Minister Smriti Irani. During the viral video, she claimed that Rahul Gandhi did not pay his respects to Swami Vivekananda at the Vivekananda Memorial in Kanyakumari because Swami Vivekananda was not a Gandhi.

Foolproof: There is no truth to the viral claim. Rahul Gandhi’s video was uploaded to the official YouTube channel of the Indian National Congress on September 7. The clip is titled ‘Shri Rahul Gandhi paid his respects at the Vivekananda Memorial earlier today,’ wherein he can be seen circumambulating the statue of Swami Vivekananda at the memorial.

Celebration in Kashmir after Pakistan defeated India in T20!

Foolproof: The viral video is from 2016 when locals celebrate Pakistan’s Independence Day in the downtown area of Nawakadal in Srinagar.

Healthy food is served in the government’s mid-day meal programme!

Foolproof: The image is from the ‘Trthi Bhojan’ programme. The village head Amit started the initiative and carried it out with public support.

GST on urinals at Railway stations!

Kisne feka: GST is being charged for using urinals at the Railway station.

The entry fee for using the Executive Lounge is ₹200 per person per 2-hour period, plus 12% GST.

Mulana is molesting an unconscious woman!

Foolproof: The viral video is scripted and made for entertainment purposes. A viral video shows a woman snatching a mobile phone from a commuter travelling from the metro.

Kisne feka: A viral video on social media shows people throwing tomatoes from a truck onto the road. Media outlets and several people on social media claimed that people destroying crates of tomatoes was due to a Shia-Sunni conspiracy in Pakistan after Iran exported the vegetable into the country.

Foolproof: The viral claim is false. As per a leading daily, the incident occurred after the Pakistan government allowed the imports of vegetables from Afghanistan and Iran to meet the shortfall caused by floods in Pakistan. Farmers protested, saying their crops were ready. Several farmers urged the government to stop importing vegetables from neighbouring countries.

Watch Prices Are No Longer a Concern with These 4 Timepieces 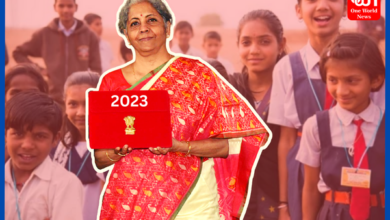 How has the Union Budget 2023 addressed Education?