From fake news around Udaipur violence to misleading claims by Zee News, we brought you the top 10 fake news circulated on social media last week. Check it out now.

Kisne Feka: Zee news, in their report, claimed that Rahul Gandhi had referred the accused in the Udaipur murder case as children.

Foolproof: Rahul Gandhi talked about vandalism at his office in Wayanad. He referred to those who vandalized the office as ‘children.’ After the clip of ZEE News went viral, an FIR against ZEE News Anchor Rohit Ranjan was registered.

Kashmiri Hindus living abroad surrounded Rahul Gandhi while travelling in an airplane and asked why he opposed Narendra Modi on Kashmir issues n he as usual Shameless. pic.twitter.com/mEQNwJRQQj

Foolproof: Viral video is not recent, but from 2019, when a woman during mid-flight came to talk to Rahul Gandhi and narrated the plight of Kashmiris after the abrogation of Article 370. Therefore, the viral claim is false.

Eknath Shinde was drunk at Airport!

Foolproof: Eknath Shinde was not drunk at the Surat airport, and the video snippet is cropped and taken out of context.

Foolproof: The viral image is morphed. The viral picture was made by editing two different photos.

Kisne Feka: Ward councillor abducted by locals for not showing up after elections in Varanasi.

Foolproof: The viral video was from 2020 when people angered by continuous water logging took a ward councillor hostage.

Foolproof: The viral video scripted. It was filmed in Giga, the city of Sohag Governorate in southern Egypt.

Kisne Feka: A video showing West Bengal Chief Minister Mamata Banerjee riding a two-wheeler on Kolkata’s streets has gone viral with a claim that she had barricaded roads to learn how to ride a scooter.

Foolproof: The video is from a 2021 rally West Bengal Chief Minister Mamata Banerjee took to protest a petrol price hike.

Kisne Feka: Amid the news of Bhagwant Mann’s wedding, an account with the handle ‘@DrGurpeetKaur_’ has surfaced on Twitter, claiming to be that of Gurpreet Kaur, Punjab CM’s Bhagwant Mann’s wife.

Foolproof: This is an imposter account of Dr. Gurpreet Kaur and was previously called @SulochnaPandey and @IndiaUprise.

How was Draupadi’s Private Life With 5 Pandavas? 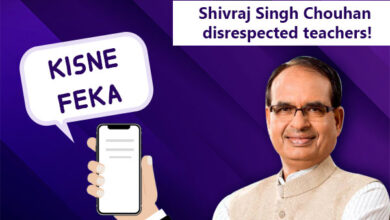