Global Events that could happen in 2022 : Read the entire report here!

A possible war in eastern Europe, a Humanitarian catastrophe in Afghanistan, and a turbulent Asia-pacific as we enter 2022. Here are the 6 Major Global Events that could happen in 2022 also.

War-torn Afghanistan is on the verge to face a mass famine and a collapse of the banking system as the United States withdraws its troops the Taliban won a 20-year-long war in August 2021. Almost 23 million Afghanis are on the verge of facing major food crises.

Women bear the brunt of the Taliban victory with next to no rights and liberties in the Islamic Emirate of Afghanistan. For now, the Taliban had only released a decree of marriage. But the real question that arose is, is getting married to a woman the only right she possesses while the Afghan is reeling under various serious humanitarian crises? 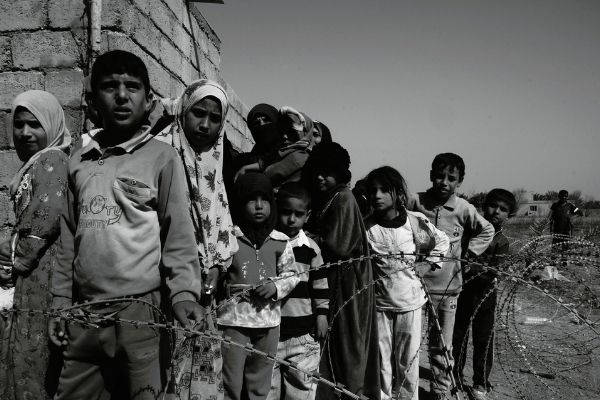 So far, the Taliban had not shown any such signs that they were capable of running a country. Moreover, Afghanistan’s foreign reserves are frozen as the Taliban administration has chosen to paralyze the banking system. This was an attempt to stop the hard currency from flooding out of the country. This process brought the whole economy to a grinding halt.

By 2022, the United Nations will launch a fundraising drive worth a record 4.4 billion US dollars to rebuild the country.

Read more – What Is Happening in Afghanistan?

The cold war had ended 30 years ago. However, Russia and the US continue to brawl over Ukraine. Experts say that if World War III originated in Europe, then Ukraine, a former member of the Soviet Union, would be at its center. Russia is upset with Ukraine over wishing to strengthen ties with the West and NATO (North Atlantic Treaty Organization).

Moscow has reportedly deployed around 100,000 troops, close to the Ukrainian border.

Meanwhile, US intelligence has warned that Russia could launch a multi-front offensive on Ukraine by the end of January 2022, expanding its control of Ukraine territory. Vladimir Putin, meanwhile, accuses NATO of using Ukraine to expand eastwards tensions and shows no signs of easing with Biden. While US President Joe Biden cleared that he will send US troops to aid NATO if the Russians invade Ukraine. Russia has refuted allegations that it is planning an invasion.

While China has always considered Taiwan a rogue state and sought to reunify with the mainland. 2021 saw Beijing take a much more aggressive stand on the issue. As XI Jinping continues his hostile policy towards Taiwan, experts fear an attack in 2022 as part of China’s great rejuvenation project.

Beijing sent hundreds of warplanes into Taiwan’s air defense zone and Taipei responded by scrambling jets and activating its missile air defense system. Meanwhile, President of Taiwan, Tsai Ing-Wen refuses to be bullied by the Chinese and the US categorically stands with Taiwan. This may increase China’s aggression and the possibility of a Sino-American clash in the Asia-Pacific.

Taiwan’s defense minister described the current tension with China as the worst in 40 years. They further added that the Chinese have the ability to mount a full-scale invasion by the year 2025.

Myanmar’s future in the balance?

The country’s decade-long experiment with democracy ended on February 1, when Myanmar’s military seized power from its elected government. The event led to a series of mass Pro-democracy protests which were suppressed in Myanmar, with thousands killed. Moreover, more than 10,000 were beaten or arrested as Myanmar’s top leader and Nobel prize winner state counsellor Aung San Suu Kyi faces prison after a military coup. The figures include more than 2000 women.

Human rights groups are alleging widespread violence in the country ever since the February coup. Reports claimed that detained women in Myanmar are tortured to sexual harassment and rape threats in custody.

Recently, Suu Kyi was sentenced to 4 years jail term for inciting unrest against the military and for violating Covid guidelines.

Will international pressure restore democracy in Myanmar or is it back pending military junta rule?

An end to the war in Ethiopia?

An ethnic civil war that has been raging for a year, seems far from over. Even as Tigrayans are reportedly retreating Nobel peace prize-winning prime minister Abiy Ahmed who has allegedly presided over mass murder and rape is leading the Ethiopian forces from the battlefront with millions displaced and on the brink of starvation. Therefore, it may become one of the events, continue to haunt 2022 also.

Will the retreat lead to de-escalation?

A civil-military rule in Sudan? Despite the restoration of civil-military rule, anti-military protests continue in Sudan after the October coup. The military reinstated Abdalla Hamdok as Prime Minister. A month later, even as it cracked down on pro-democracy protesters, will there be normalcy? Or will Sudan erupt into another civil war?

Already dealing with the severe impact of the Covid pandemic, the geopolitical conflicts that erupted in 2021 have left an irreversible mark on the world. Moreover, this series of Events that could happen in 2022 also.