Here is the most trending entertainment News of the week.

Members and Shah Rukh Khan Fans got excited when they realized that SRK was likely to launch his OTT platform named SRK+. From Salman Khan to Karan Johar, friends from the industry congratulated King Khan on his new venture.

In the latest released commercial, Shahrukh is coming up with an OTT app. However, the news is partially true. Actually, the advertisement launched on Disney+ Hotstar featuring Anurag Kashyap and Shah Rukh Khan made it clear that it was a commercial gimmick and SRK+ is not an app. After that, most people fell for it and started trending Thoda Ruk Shah Rukh.

In the ad, Shah Rukh asks Anurag to share story ideas for new projects, but as he shares his thoughts, SRK realizes that these are already there on Disney+ Hotstar.

Read More- How is `The Kashmir Files` evoking a storm in India, with even the ruling BJP weighing in on its behalf?

Meanwhile, members are making a hilarious meme on the same. Have a look.

Did you also fall for SRK pun?

Entertainment update : ‘Servant of the People’ is available on Netflix!

You asked and it’s back!

Servant of the People is once again available on Netflix in The US. The 2015 satirical comedy series stars Volodymyr Zelenskyy playing a teacher who unexpectedly becomes President after a video of him complaining about corruption suddenly goes viral. pic.twitter.com/Pp9f48jutF

Ever since Ukraine and Russia locked horns and engaged in war, Ukrainian President Volodymyr Zelenskyy’s continuously made trends. Kabhi bravery ke liye, Kabhi former profession ke liye, people have a huge interest in his life. One of his most famous shows is the satirical comedy Servant of The People. He plays the role of the President of Ukraine. Now, this show is available on Netflix.

Servant of the People is once more available on Netflix in the US. According to Netflix, the 2015 satirical comedy stars Volodymyr Zelenskyy as a teacher who becomes President after a video of him complaining about corruption goes viral.

Anonymous compliments are the best because you know they aren’t trying to gain anything out of it!! Thank you my anonymous friend for making this. I am delighted to see it!! 🙏😍🙏#TheKashmirFiles @vivekagnihotri pic.twitter.com/dp9quVRGQb

After watching Vivek Agnihotri’s directorial, Bollywood actress Kangana Ranaut congratulated the filmmakers of The Kashmir Files. She shared her reaction with the paparazzi after stepping out of a theatre.

Kangana Ranaut, who has been supporting the film since its release, said, “Itni Achi film banayi Hai iPhone ki Bollywood Key Paap dho diye.” The actress further said that everyone from the industry should come out and promote The Kashmir Files. “Bollywood people make such nonsense movies and promote them like crazy. “This movie needs to be promoted,” Kangana added.

She compared Anupam Kher with Heath Ledger, who played an iconic role as The Joker in The Dark Knight. “New blockbuster hero in town…And for a change inko acting Bhi aati Hai. The college is captioned, “Performances that the world will never forget.” Anupam Kher seemed flattered by this comparison. “Anonymous compliments are the best because you know they don’t have anything to gain from them.” Thank you, anonymous friend, for making it. I am delighted to see it! “.

Why Vidya Balan & Shefali Shah starrer Jalsa should be your Pick this Sunday! 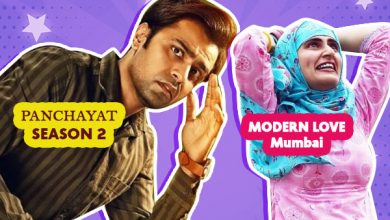 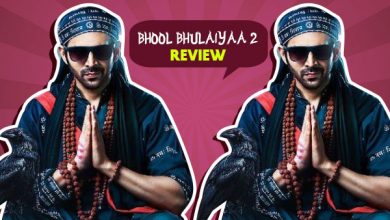 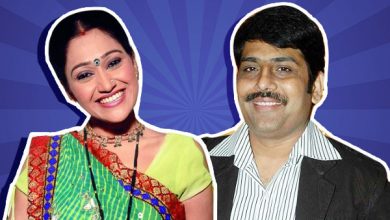 No More Tarak Mehta on TMKOC, Is This the End of The Sitcom?