A marriage is said to be arranged when the bride and groom are selected by another individual, generally parents, other than the couple themselves. Marriage is considered one of the most sacred institutions and is a very crucial decision in one’s life.  Although now, the concept of arranged marriage is somehow dying in India as co-ed schools are increasing and women are also entering the workplace thus creating an equality between both the genders. Moreover, children are becoming financially independent and a lot of them choose their partners on their own. Understanding Endogamy and different dynamics related to it is very important. Here, we go!

Notably, marriage could be arranged within their own caste or in fact outside the caste too. However, today’s general philosophy regarding arranging marriage doesn’t keep pace with the fact. Even now, our society perceives inter-caste marriage as a very dodgy practice. There is this prejudice that inter-caste marriages can never be arranged.

Also Read: I Am Manglik Not A Murderer: Why Being Manglik Is Such A Big Deal For Hindus?

India is a place where there are a diversity of cultures, beliefs, religions, and communities. Marriage here becomes even more complex and psychologically exhausting when endogamy becomes an inevitable part of these social norms ignoring the factor of love, compatibility, and trust which takes a long time to construct.

Various matrimonial sites also play their role in churning out profit from this endogamy sociology by transforming this sacred alliance into merely a market where people are browsing their perfect match by seeing through their height, color, occupation, income etc. People are searching for a beautiful, fair bride and handsome and rich groom considering them as their soulmate.

We are all culturally similar, as we all have gone to the same school, have worked in a similar working environment and obeying the same laws. Let’s break this caste barrier to become free to find our ‘jeevansathi’ in a real sense, out of these matrimonial sites. “Kyunki jiske liye tum perfect ho wo tumhe dhund raha hai”.

Alvida Atal Bihari Vajpayee: 5 poems that will remind you of his great poetry! 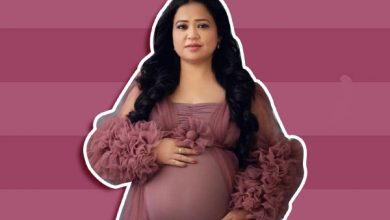