What is the Election Laws Amendment Bill, 2021? Here are few things you should know

The government on 20 December 2021 introduced a bill on electoral reforms. The Bill seeks to link electoral rolls with the Aadhaar to weed out duplication in the electoral roll.

What is the Election Laws Amendment Bill, 2021?

The Election Laws (Amendment) Bill, 2021 is passed in the Parliament.
It will help young voters above 18 years of age to register as voters, make service voters as gender neutral and eliminate fake voters as well as to stop the enrollment of single voter in multiple voter lists. pic.twitter.com/pSLLW5cvfK

The intention of the Centre to introduce the Election Laws Amendment Bill, 2021 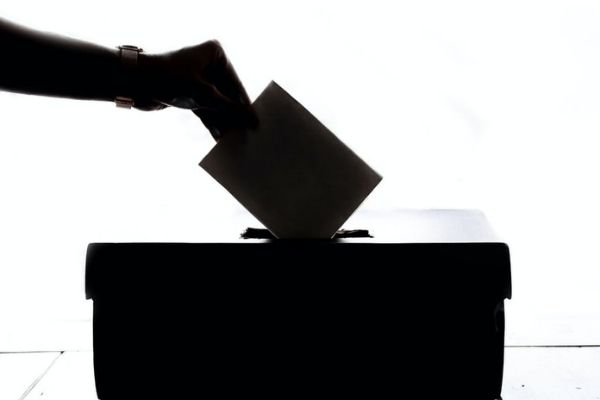 Election Laws Amendment Bill, 2021 was introduced by Kiren Rijiju, Union Law Minister in the Lok Sabha. The bill seeks to link electoral roll data with the Aadhaar ecosystem. Law Minister Rijiju clarified that Aadhar linking to Electoral Photo Identity Cards is voluntary. They also tabled some of the intentions behind the introduction of the Bill.

The passage of the bill happened amid objection and uproar from the opposition citing reasons as it violates privacy, legality issues and passed without a proper discussion. Let us look at the arguments given in favour of The Election Laws Amendment Bill, 2021, and the opposition’s concern simultaneously.

Burning issues being faced by public be linked to AADHAR CARD to awaken government which ignore at the cost of its glamour. pic.twitter.com/SDpoWlYHNr

Argument by opposition: The bill undermines the cardinal rule of secret ballot. It means by linking the Aadhaar with voter ID, the government will know whom you are voting for.

Explanation by Centre: the Aadhar database (which is completely different from all other databases) works on the principle of minimal data collection and privacy by design. When an authentication request comes into the Aadhaar database, it responds to such requests by replying either ‘Yes’ or ‘No’. No other information is shared with the entity requesting verification. The bill intends to do something similar to e-KYC.

Argument by opposition: The opposition Congress leader Shashi Tharoor placed an argument in Lok Sabha that linking Aadhaar with voter Id will advantage non-citizens of India. “Aadhar is residency proof and does not give citizenship. Therefore, it may give voting rights to non-citizens too,” argued MP Tharoor.

Explanation by Centre: However, Rijiju defended the Bill saying the apprehensions being questioned were “baseless.” He further added that various proposals that were part of the Bill had already been recommended and suggested by the Standing Committee of Law and Personnel.

Argument by opposition: Many opposition parties, however, opposed the introduction of the bill saying it violates the fundamental right to privacy as defined in Supreme Court judgement (Puttaswamy vs. Union of India).

Explanation by Centre: The minister also accused the Opposition MPs were “misinterpreting” the Apex Court judgement on personal liberty, and claimed that it “fully qualifies” the Supreme court’s judgement.

Further Amendment to RP act, 1950 section 14 will allow four qualifying dates for eligible people to register themselves as voters. January 1 is the sole qualifying date for the people who will turn 18 on or before 1 January 2021. As of now, those who are turning 18 after this date will have to wait for another year. The bill, however, was passed through a voice vote in both the houses of the parliament.